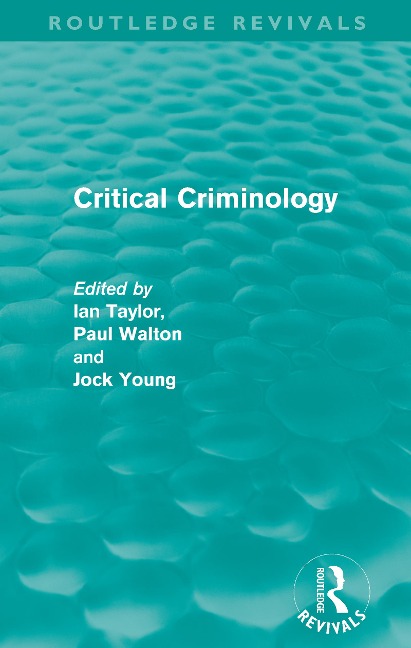 First published in 1975, this collection of essays expands upon the themes and ideas developed in the editors' previous work, the visionary and groundbreaking text: The New Criminology.

Directed at orthodox criminology, this is a partisan work written by a group of criminologists committed to a social transformation: a transformation to a society that does not criminalize deviance. Included are American contributions, particularly from the School of Criminology at Berkeley, represented by Hermann and Julia Schwendinger and Tony Platt, together with essays by Richard Quinney and William Chambliss. From Britain, Geoff Pearson considers deviancy theory as 'misfit sociology' and Paul Hirst attacks deviancy theory from an Althusserian Marxist position. The editors contribute a detailed introductory essay extending the position developed in The New Criminology, and two other pieces which attempt to continue the task of translating criminology from its traditional correctionalist stance to a commitment to socialist diversity and a crime-free set of social arrangements.

The Oxford Handbook of Police and Policing

The Rise of Big Data Policing