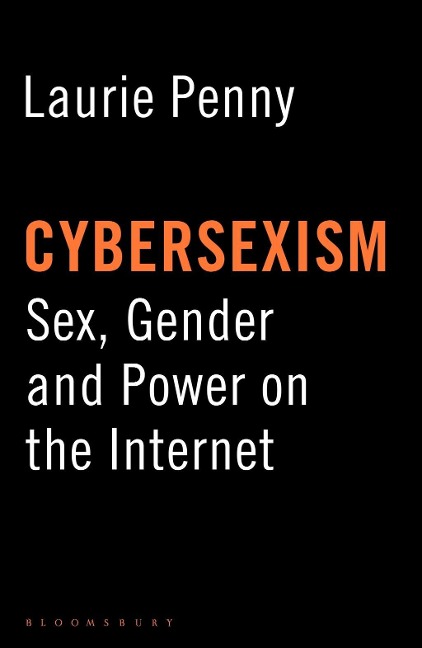 Sex, Gender and Power on the Internet

'The Internet was supposed to be for everyone... Millions found their voices in this brave new online world; it gave unheard masses the space to speak to each other without limits, across borders, both physical and social. It was supposed to liberate us from gender. But as more and more of our daily lives migrated on line, it seemed it did matter if you were a boy or a girl.'

It's a tough time to be a woman on the internet. Over the past two generations, the political map of human relations has been redrawn by feminism and by changes in technology. Together they pose questions about the nature and organisation of society that are deeply challenging to those in power, and in both cases, the backlash is on. In this brave new world, old-style sexism is making itself felt in new and frightening ways.

In Cybersexism, Laurie Penny goes to the dark heart of the matter and asks why threats of rape and violence are being used to try to silence female voices, analyses the structure of online misogyny, and makes a case for real freedom of speech - for everyone.

Laurie Penny is a writer and journalist. She writes for Vice, the Guardian and many other publications, is a columnist and Contributing Editor at the New Statesman magazine. She was the youngest person to be shortlisted for the Orwell Prize for political writing on her blog 'Penny Red'. She has reported onradical politics, protest, digital culture and feminism from around the world, working with activists from the Occupy movement and the European youth uprisings. She lives in Brighton.

You Are Not A Gadget

The Complete Preludes and Etudes for Pianoforte...