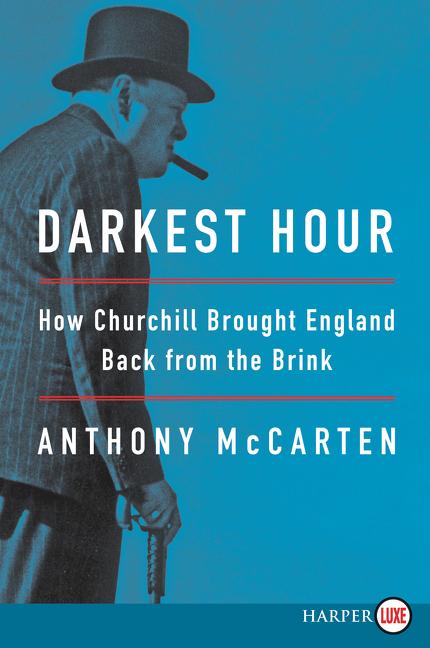 Darkest Hour: How Churchill Brought England Back from the Brink

May, 1940. Britain is at war. The horrors of blitzkrieg have seen one Western European democracy after another fall in rapid succession to Nazi boot and shell. Invasion seems mere hours away.

Just days after becoming prime minister, Winston Churchill must deal with this horror—as well as a skeptical king, a party plotting against him, and an unprepared public. Pen in hand and typist-secretary at the ready, how could he change the mood and shore up the will of a nervous people?

In this gripping day-by-day, often hour-by-hour account of how a sometimes uncertain Churchill turned Britain around, the celebrated BAFTA-winning writer Anthony McCarten exposes sides of the great man never seen before. He reveals how Churchill practiced and rewrote his key speeches, from "Blood, toil, tears and sweat” to "We shall fight on the beaches”; his consideration of a peace treaty with Nazi Germany and his underappreciated role in the Dunkirk evacuation; and, above all, how twenty-five days helped make one man an icon.

Anthony McCarten is the double Academy Award-nominated and double BAFTA-winning screenwriter and producer of The Theory of Everything and is an internationally acclaimed novelist and playwright. He divides his time between London and Los Angeles.