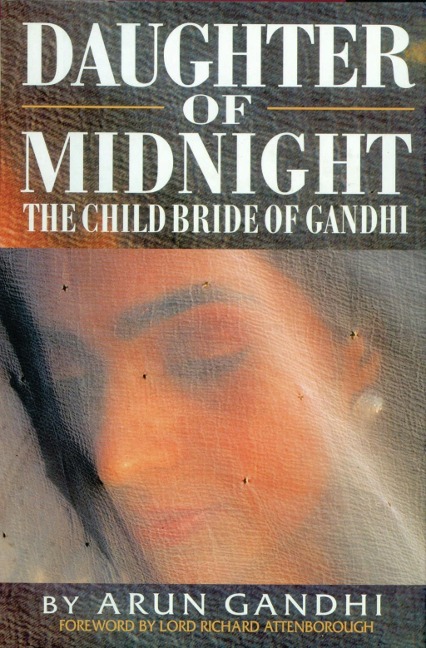 Kastur Kapadia was betrothed to the mighty Mahatma Gandhi, father of modern India, when they were both just seven years old. The couple married when they were thirteen and Kastur had five children, the first of whom was born when she was sixteen. Though Gandhi's name has become synonymous with asceticism, this biography reveals that he enjoyed a sensuous, loving relationship with Kastur. Daughter of Midnight is the result of a lifetime of research by Arun Gandhi, grandson of Mahatma and Kastur. As well as recounting historical events behind the birth of a nation, Daughter of Midnight is also a love story, which ended with the terrible tragedy of Gandhi's assassination by a Hindu extremist in New Delhi in 1948. Though Gandhi's strength and resolution defeated all the resources of the British Empire he was not always confident, the author reveals. When the young Gandhi, as a barrister in Bombay, could not open his mouth for fear during his first ever court case, Kastur consoled him and soothed the humiliation he felt at being laughed at by his contemporaries. The woman who shared Gandhi's sorrows, his triumphs and his tragedies also knew the flaws and human frailities of the great leader. Together Mahatma and Kastur laid the foundations for the movement of nonviolence to which they devoted their lives. When Mahatma was imprisoned, Kastur was often jailed with him. No obstacle was too great for this extraordinary woman who gave up a life of wealth for one of utter poverty. When Kastur died the whole nation wept for the woman the people called simply 'Ba'...Mother.