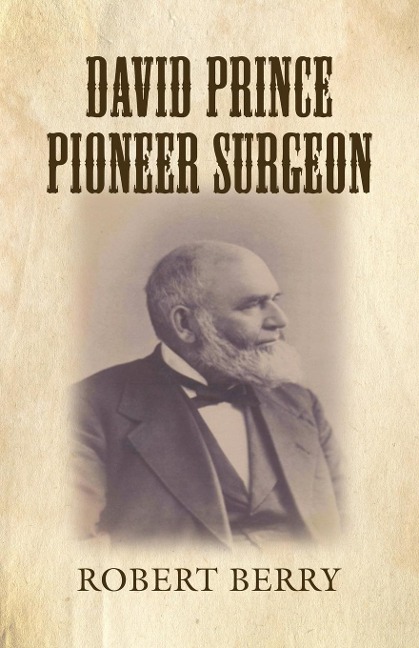 David Prince reached international recognition for his work in ophthalmology and plastic surgery in the nineteenth century.
This biography of David Prince begins with his medical education, the influence of his mentors and graduation from the Medical College of Ohio in Cincinnati in 1840. David Prince started his private practice when he moved to Payson, Illinois to join his family who had moved there from New York as he opted for medical school. In addition to his private practice, David Prince was recruited to teach anatomy and surgery at the Illinois College Medical Department in Jacksonville for sixteen weeks each year.
Later, David Prince established permanent residence in Jacksonville, established a private practice and became active in local affairs. He joined and served leadership positions in the Illinois State Medical Society. He was elected president in 1860. In his inaugural address David Prince introduced a new topic for consideration, medico-legal issues.
With the start of the Civil War, he volunteered his services and was endorsed for a commission by Abraham Lincoln. David Prince served as a brigade surgeon with the rank of major for volunteer units from New York and Pennsylvania. He worked with the United States Sanitary Commission that served the medical needs of volunteer units but was under the ultimate direction of the Medical Department of the Army. He was assigned to the Peninsula Campaign led by Gen. George McClellan. David Prince kept a diary of his wartime experience which later was the basis for his post-war reports to the Sanitary Commission. His reports include the twenty-four days he spent as a volunteer prisoner/physician in the Libby Prison in Richmond, Virginia.
Most of David Prince's writing came after the Civil War, beginning in 1866 and continuing until a few months before his death in 1889. Prince published more than one hundred journal articles on a variety of topics. His first books were "Orthopedics: A Systematic Treatise upon the Prevention and Correction of Deformities" (1866) and "Plastics: A New Classification and A Brief Exposition of Plastic Surgery." (1868).
Soon after returning home, David Prince purchased a four-story house and converted it into a private hospital - the David Prince Sanitarium. Innovations he introduced were a ventilation system for whole building and a surgical theater that was supplied with sanitized ventilation. In addition to patient care, the sanitarium also included space for research. On the passing of David Prince his two sons moved the sanitarium to Springfield, Illinois where it specialized in ophthalmology and operated for more than twenty years.