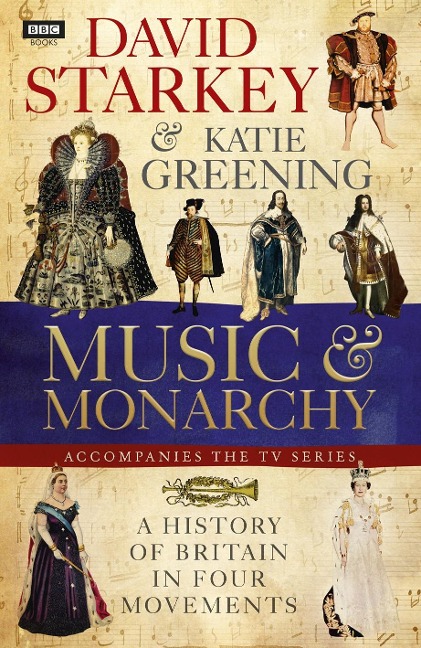 For the kings and queens of England, a trumpet fanfare or crash of cymbals could be as vital a weapon as a cannon. Showcasing a monarch's power, prestige and taste, music has been the lifeblood of many a royal dynasty.

From sacred choral works to soaring symphonies, Music and Monarchy looks at how England's character was shaped by its music. To David Starkey and Katie Greening, works like Handel's Water Music and Tallis's Mass for Four Voices were more than entertainment - they were pieces signalling political intent,
wealth and ambition.

Starkey and Greening examine England's most iconic musical works to demonstrate how political power has been a part of musical composition for centuries. Many of our current musical motifs of nationhood, whether it's the Last Night of the Proms or football terraces erupting in song, have their origins in the way the crown has shaped the national soundtrack.

Published to coincide with a major BBC series, Music and Monarchy is not a book about music. It is a history of England written in music, from our leading royal historian.