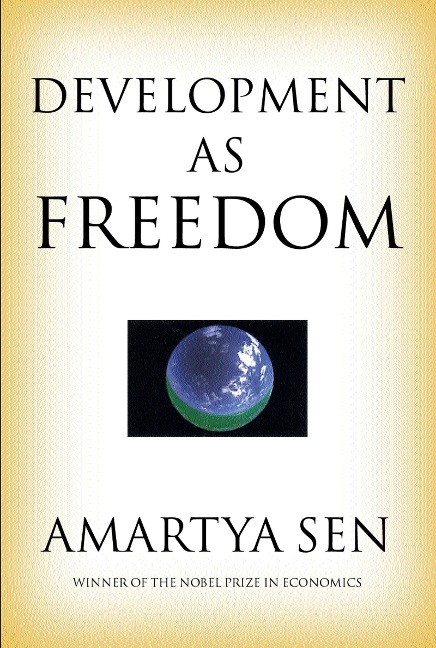 In Development as Freedom Amartya Sen explains how in a world of unprecedented increase in overall opulence millions of people living in the Third World are still unfree. Even if they are not technically slaves, they are denied elementary freedoms and remain imprisoned in one way or another by economic poverty, social deprivation, political tyranny or cultural authoritarianism. The main purpose of development is to spread freedom and its 'thousand charms' to the
unfree citizens.

Freedom, Sen persuasively argues, is at once the ultimate goal of social and economic arrangements and the most efficient means of realizing general welfare. Social institutions like markets, political parties, legislatures, the judiciary, and the media contribute to development by enhancing individual freedom and are in turn sustained by social values. Values, institutions, development, and freedom are all closely interrelated, and Sen links them together in an elegant analytical framework.
By asking 'What is the relation between our collective economic wealth and our individual ability to live as we would like?' and by incorporating individual freedom as a social commitment into his analysis Sen allows economics once again, as it did in the time of Adam Smith, to address the social
basis of individual well-being and freedom.

The Housekeeper and the Professor