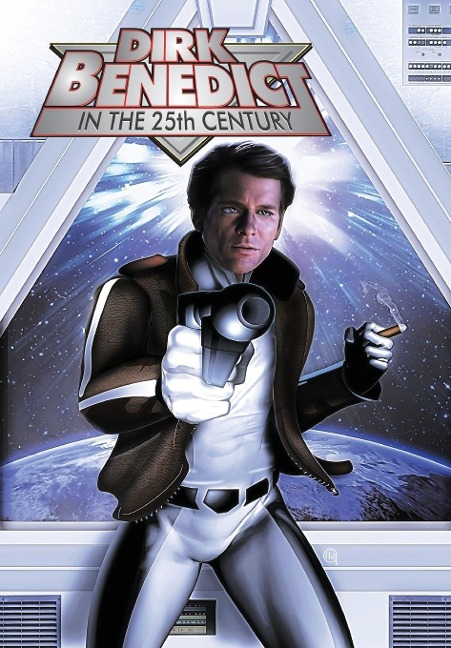 Dirk Benedict in the 25th Century

From the pages of the Mis-Adventures of Adam West comes this new action packed space adventure.  Dirk Benedict- "Starbuck" in the original Battlestar Galactica and The A-Team's "Faceman"- is signing autographs at a convention when a mysterious scientist appears, transporting Dirk to Earth's far-flung future, where he discovers he's mankind's only hope against an oppressive computer and its robot army!