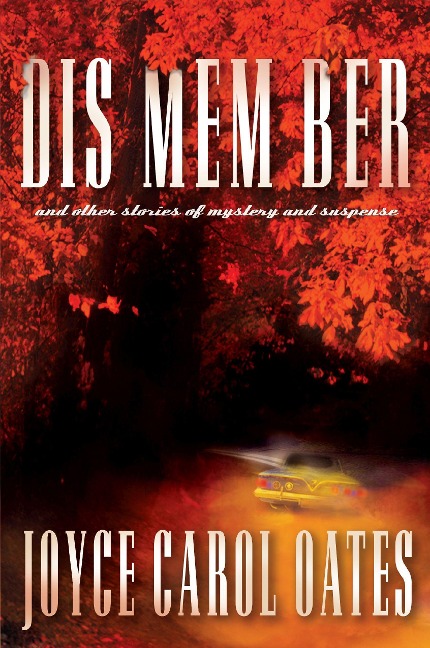 DIS MEM BER & OTHER STORIES OF

Joyce Carol Oates is renowned for her rare ability to "illuminate the mind's most disturbing corners" (Seattle Times). That genius is on full display in her new collection of seven feverishly unsettling works, DIS MEM BER and Other Stories of Mystery and Suspense.

In the title story, a precocious eleven-year-old named Jill is in thrall to an older male relative, the mysterious, attractive black sheep of the family. Without telling her parents Jill climbs into his sky-blue Chevy to be driven to an uncertain, and unforgettable, fate. In "The Drowned Girl," a university transfer student becomes increasingly obsessed with the drowning/murder of another female student, as her own sense of self begins to deteriorate. In "Great Blue Heron," a recent widow grieves inside the confines of her lakefront home and fantasizes about transforming into that great flying predator-unerring and pitiless in the hunt. And in the final story, "Welcome to Friendly Skies," a trusting group of bird-watchers is borne to a remote part of the globe, to a harrowing fate.

JOYCE CAROL OATES is the author of such national bestsellers as The Falls, Blonde, and We Were the Mulvaneys. Her other titles for The Mysterious Press include Night-Gaunts and Other Tales of Suspense, which features "The Woman in the Window," selected for The Best American Mystery Stories 2017; The Doll-Master and Other Tales of Terror, which won the 2016 Bram Stoker Award for Superior Achievement in a Fiction Collection; The Corn Maiden and Other Nightmares, which won the 2011 Bram Stoker Award for Short Horror Fiction; and Jack of Spades. She is the recipient of the National Book Award for them and the 2010 President's National Humanities Medal.