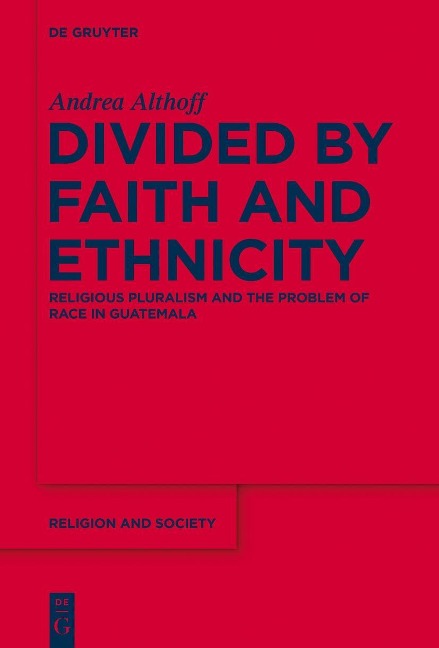 Divided by Faith and Ethnicity

Religious Pluralism and the Problem of Race in Guatemala

Two unprecedented, striking developments form part of the reality of many Latin Americans. Recent decades have seen the dramatic rise of a new religious pluralism, namely the spread of Pentecostal Christianity - Catholic and Protestant alike - and the growth of indigenous revitalization movements. This study analyzes these major transitions, asking what roles ethnicity and ethnic identities play in the contemporary process of religious pluralism, such as the growth of the Protestant Pentecostal and neo-Pentecostal movements, the Catholic Charismatic Renewal, and the indigenous Maya movement in Guatemala.

This book aims to provide an understanding of the agenda of religious movements, their motivations, and their impact on society. Such a pursuit is urgently needed in Guatemala, a postwar country experiencing acrimonious religious competition and a highly contentious debate on religious pluralism. This volume is relevant to scholars and students of Latin American Studies, Sociology of Religion, Anthropology, Practical Theology, and Political Sciences.

The Biggest Bluff: How I Learned to Pay Attenti...

The Peter Drucker Collection on Becoming An Eff...