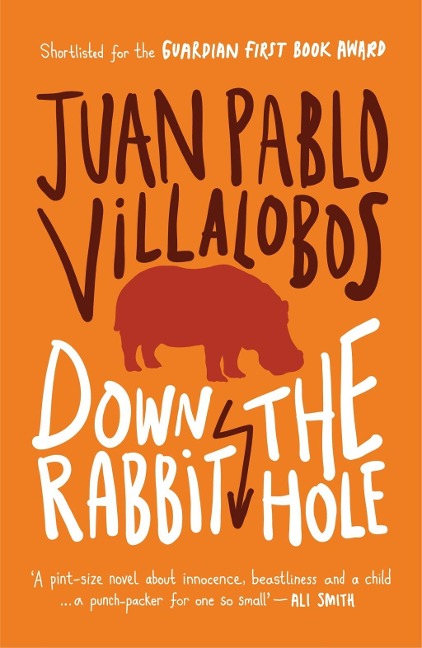 Down the Rabbit Hole

Tochtli lives in a palace. He loves hats, samurai, guillotines and dictionaries, and what he wants more than anything right now is a new pet for his private zoo: a pygmy hippopotamus from Liberia. But Tochtli is a child whose father is a drug baron on the verge of taking over a powerful cartel, and Tochtli is growing up in a luxury hideout that he shares with hit men, prostitutes, dealers, servants and the odd corrupt politician or two. Down the Rabbit Hole, a masterful and darkly comic first novel, is the chronicle of a delirious journey to grant a child's wish.

Juan Pablo Villalobos was born in Guadalajara, Mexico, in 1973. He lives in Brazil, and has two Mexican-Brazilian-Italian-Catalan children. Down the Rabbit Hole is his first novel. It was published in Spanish in 2010 and is being translated into twelve languages. Rosalind Harvey has lived in Lima and Norwich, where she fell in love with Spanish and translation, respectively. She now lives in east London, where she translates Hispanic fiction.She translated Hector Abad'sprize-winning memoir Oblivion with Anne McLean, and is currentlyco-translating the latest novel by Enrique Vila-Matas.