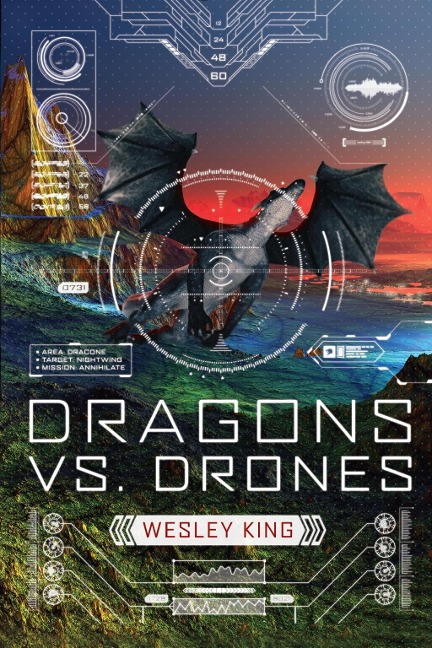 A young computer genius is chased by sleek, high-tech drones into a land populated by Godzilla-size dragons, setting off a war that only he can stop. Part Eragon, part Transformers, with a magical beating heart at its center.

Marcus Brimley was just four years old when his CIA analyst father went missing and the world branded him a traitor. Eight years later, searching for clues to find his father and prove his innocence, Marcus breaks a complex code that sends him shooting through a storm into an alternate realm . . . but he doesn't travel alone. When Marcus lands in this new world, Dracone, he finds that he has been followed by government drones. And they're out to destroy Marcus and all of Dracone.

While fleeing the drones, Marcus meets Dree, a twelve-year-old Draconian girl who comes from a family of dragon riders. Dree explains to Marcus that while humans and dragons used to be friends, Dracone's new prime minister has turned them into enemies, with humans hunting dragons for sport and dragon-riding families like Dree's pushed to the poorer outskirts of the city.

But the drones are firing on both the dragons and the people of Dracone. Soon, Marcus and Dree discover that they must get help from the dragons if they want to stop an all-out war that will leave the incredible realm of Dracone decimated.

After discovering that his first career choice, Jedi, was somewhat impractical (for now), Wesley King moved on to his second option: fiction author. While he lives in suburban Oshawa, Ontario, Canada, he spends most of his time in the imagined universes of superpowered children, dying stars, and magical fantasy realms. His first novel, The Vindico, won a Red Maple Award, and he has twice been a Junior Library Guild Official Selection. He travels the rolling Canadian countryside speaking to schools and conducting literacy workshops, especially aimed at getting boys to read and write. You can like him on Facebook at the Wesley King fan page, follow him on Twitter @WesleyTKing, or check out his website at www.wesleytking.com.