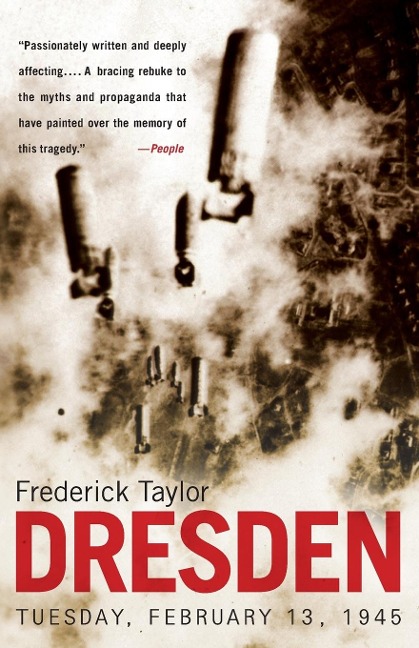 For decades it has been assumed that the Allied bombing of Dresden was militarily unjustifiable, an act of rage and retribution for Germany's ceaseless bombing of London and other parts of England.

In Dresden, Frederick Taylor's groundbreaking research offers a completely new examination of the facts, and reveals that Dresden was a highly-militarized city actively involved in the production of military armaments and communications concealed beneath the cultural elegance for which the city was famous. Incorporating first-hand accounts, contemporaneous press material and memoirs, and never-before-seen government records, Taylor documents unequivocally the very real military threat Dresden posed, and thus altering forever our view of that attack.

Frederick Taylor studied history and modern languages at Oxford University and Sussex University. A Volkswagen Studentship award enabled him to research and travel widely in both parts of divided Germany at the height of the Cold War. Taylor is the author of Dresden and has edited and translated a number of works from German, including The Goebbels Diaries, 1939-1941. He is married with three children and lives in Cornwall, England.