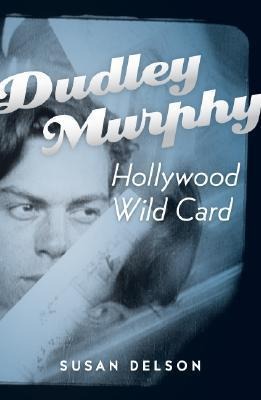 Dudley Murphy (1897-1968) was one of early Hollywood's most intriguing figures. Active from the 1920s through the 1940s, Murphy was one of the industry's first independents and a guiding intelligence behind some of the key films in early twentieth-century cinema. In the first full-length biography of Murphy, author Susan Delson gives full rein to an American original whose life was as audacious as his films. As expertly chronicled here, Murphy caromed between film and the other arts, between Hollywood and other cultural capitals--Greenwich Village, Harlem, London, and Paris--hobnobbing with some of the era's leading cultural figures, including Ezra Pound, Man Ray, Duke Ellington, and Charlie Chaplin, and leaving many a scandal in his wake. With artist Fernand Leger, Murphy made Ballet mecanique, one of the seminal works of avant-garde film. He directed Bessie Smith in her only film appearance, St. Louis Blues, and Paul Robeson in The Emperor Jones. He had a hand in shaping Tod Browning's Dracula, gave Bing Crosby one of his first film appearances, and collaborated with William Faulkner in attempting to bring one of the author's most challenging novels to the screen. Murphy also turned out forgettable Hollywood fodder like Confessions of a Co-Ed and Stocks and Blondes, and ended his career making melodramas in Mexico. Delson pays close attention to Murphy's cinematic style, which favored visual play over narrative and character, and she offers provocative new insights into his two most important works, Ballet mecanique and The Emperor Jones. A lively portrait, Dudley Murphy, Hollywood Wild Card provides a fascinating perspective on the evolution of the classical Hollywood aesthetic, thedevelopment of the film industry, and the century's broader cultural currents. Susan Delson is based in New York and writes frequently about film, art, and history.