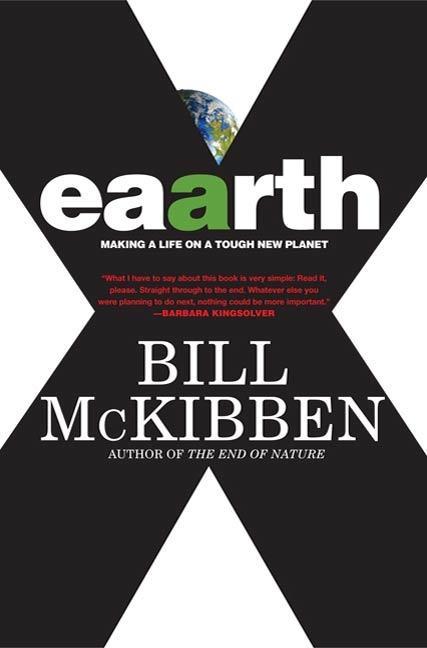 Making a Life on a Tough New Planet

"Read it, please. Straight through to the end. Whatever else you were planning to do next, nothing could be more important." -Barbara Kingsolver

Twenty years ago, with The End of Nature, Bill McKibben offered one of the earliest warnings about global warming. Those warnings went mostly unheeded; now, he insists, we need to acknowledge that we've waited too long, and that massive change is not only unavoidable but already under way. Our old familiar globe is suddenly melting, drying, acidifying, flooding, and burning in ways that no human has ever seen. We've created, in very short order, a new planet, still recognizable but fundamentally different. We may as well call it Eaarth.

That new planet is filled with new binds and traps. A changing world costs large sums to defend-think of the money that went to repair New Orleans, or the trillions it will take to transform our energy systems. But the endless economic growth that could underwrite such largesse depends on the stable planet we've managed to damage and degrade. We can't rely on old habits any longer.

Our hope depends, McKibben argues, on scaling back-on building the kind of societies and economies that can hunker down, concentrate on essentials, and create the type of community (in the neighborhood, but also on the Internet) that will allow us to weather trouble on an unprecedented scale. Change-fundamental change-is our best hope on a planet suddenly and violently out of balance.

Bel Canto: The best selling Winner of the Women...

Floodlights and Touchlines: A History of Specta...