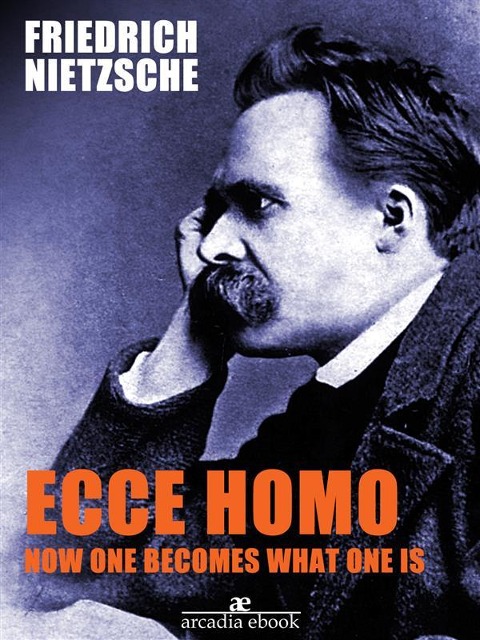 Ecce Homo: How One Becomes What

Ecce Homo: How One Becomes What One Is (German: Ecce homo: Wie man wird, was man ist) is the last original book written by philosopher Friedrich Nietzsche before his final years of insanity that lasted until his death in 1900. It was written in 1888 and was not published until 1908.
According to one of Nietzsche's most prominent English translators, Walter Kaufmann, the book offers "Nietzsche's own interpretation of his development, his works, and his significance." The book contains several chapters with ironic self-laudatory titles, such as "Why I Am So Wise", "Why I Am So Clever", "Why I Write Such Good Books" and "Why I Am a Destiny". Walter Kaufmann, in his biography Nietzsche: Philosopher, Psychologist, Antichrist noticed the internal parallels, in form and language, to Plato's "Apology" which documented the Trial of Socrates. In effect, Nietzsche was putting himself on trial with this work, and his sardonic judgments and chapter headings are mordant, mocking, self-deprecating, sly, and they turn this trial against his future accusers, distorters, and superficial judges.