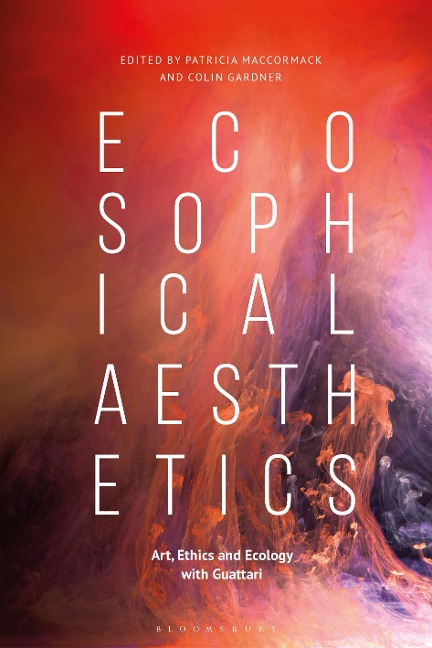 Art, Ethics and Ecology with Guattari

Inspired by the ecosophical writings of Felix Guattari, this book explores the many ways that aesthetics - in the forms of visual art, film, sculpture, painting, literature, and the screenplay - can act as catalysts, allowing us to see the world differently, beyond traditional modes of representation. This is in direct parallel to Guattari's own attempt to break down the 19th century Kantian dialectic between man, art, and world, in favour of a non-hierarchical, transversal approach, to produce a more ethical and ecologically sensitive world view.

Each chapter author analyses artworks which critique capitalism's industrial devastation of the environment, while at the same time offering affirmative, imaginative futures suggested by art. Including contributions from philosophers, film theorists and artists, this book asks: How can we interact with the world in a non-dominant and non-destructive way? How can art catalyze new ethical relations with non-human entities and the environment? And, crucially, what part can philosophy play in rethinking these structures of interaction?

Colin Gardner is Professor of Critical Theory and Integrative Studies at the University of California, Santa Barbara, USA where he teaches in the departments of Art, Film and Media Studies, Comparative Literature and the History of Art and Architecture.

PART 1: Therapy/Care/Affect/Poetics: Towards and Ecosophical Ethics

Chapter 2. 'An inside that lies deeper than any internal world': On the Ecosophical Significance of Affect
Jason Cullen (University of Queensland, Australia)

Chapter 5. From 'Shipwreck of the Singular' to Post-Media Poetics: Pierre Joris's Meditations on the Stations of Mansur Al-Hallaj as processual praxis
Jason Skeet (Cardiff University, UK)

Chapter 8. Into the Zone: Affective Counterpoint and Ecosophical Aesthetics in the Films of Terrence Malick
Colin Gardner (University of California, Santa Barbara, USA)

Oh She Glows Every Day

Can I tell you about OCD?