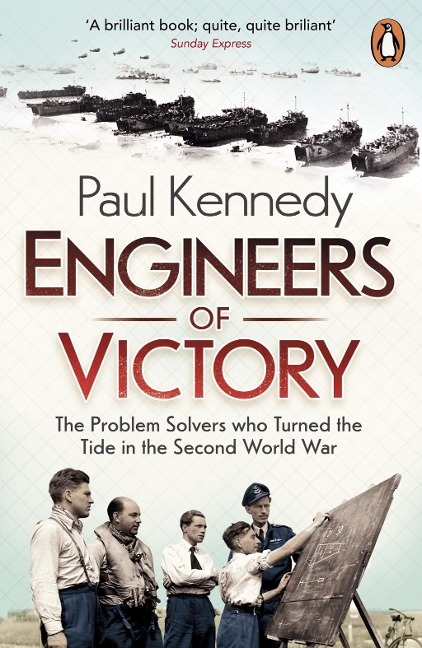 From Paul Kennedy, author of The Rise and Fall of the Great Powers, one of the most acclaimed history books of recent decades, Engineers of Victory is a new account of how the tide was turned against the Nazis by the Allies in the Second World War.

In January 1943 Churchill and Roosevelt and the Combined Chiefs of Staff met in Casablanca to review the western Allies' war aims and strategy. They realised that to attain their ultimate aim of 'unconditional surrender' they would have to achieve some formidable objectives - win control of the Atlantic sea-lanes and command of the air over the whole of West-Central Europe, work out how to land on an enemy-held shore so that Continental Europe could be retaken, how to blunt the Nazi blitzkrieg that a successful invasion would undoubtedly provoke, and finally how to 'hop' across the islands of the Pacific to assault the Japanese mainland. Eighteen months later on, as Paul Kennedy writes, 'these operational aims were either accomplished or close to being so.'

The history of the Second World War is often told as a grand narrative. The focus of this book, by contrast, is on the problem-solvers - Major-General Perry Hobart, who invented the 'funny tanks' which flattened the curve on the D-Day beaches; Flight Lieutenant Ronnie Harker 'the man who put the Merlin in the Mustang'; Captain 'Johnny' Walker, the convoy captain who worked out how to sink U-boats with a 'creeping barrage'. The result is a fresh perspective on the greatest, conflict in human history.

Paul Kennedy is one of the world's best-selling and most influential historians. He is the author or editor of nineteen books, including The Rise and Fall of the Great Powers, which has been translated into over twenty languages, Preparing for the Twenty-First Century, The Parliament of Man and the now classic Rise and Fall of British Naval Mastery.