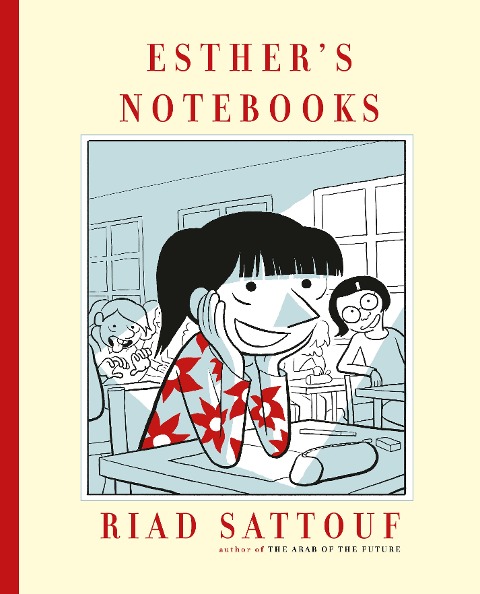 From the author of The Arab of the Future, comes the first book in a bestselling series of graphic novels that follow the hilarious, heartbreaking, and all painfully true life of a real girl growing up in Paris

Every week, the comic book artist Riad Sattouf has a chat with his friend's 10-year old daughter, Esther.  She tells him about her life, her family, her school, her friends, her hopes, her dreams and her fears. And then he creates a one-page comic strip based on what she says.

This book is a collection of 156 of those strips, comprising the first three volumes as they appeared in Europe, spanning Esther's life from age 10 to 12.

As The Guardian noted: "Each page of Esther's Notebooks is self-contained-there's usually a neat punchline-but read them all, and you come to see that Sattouf has drawn a portrait of a generation: their hopes, dreams and cultural references; the way that their personalities, backgrounds-many of the children portrayed have parents who are immigrants-and preconceived ideas about sexuality begin to play out even before they've begun secondary school. The result is a bit like a cartoon version of Michael Apted's landmark TV series, Up. These funny, well-observed comics are fantastically daring."

RIAD SATTOUF is a bestselling cartoonist and filmmaker who grew up in Syria and Libya and now lives in Paris. His autobiographical series The Arab of the Future has sold more than a million copies in France alone, won multiple prizes and been translated into sixteen languages. The Esther's Notebooks series has sold over 900,000 copies, been adapted to a popular animated series and is being translated into eight languages. Riad was recently selected to become a member of the The Order of Arts and Letters, one of France's highest honors.