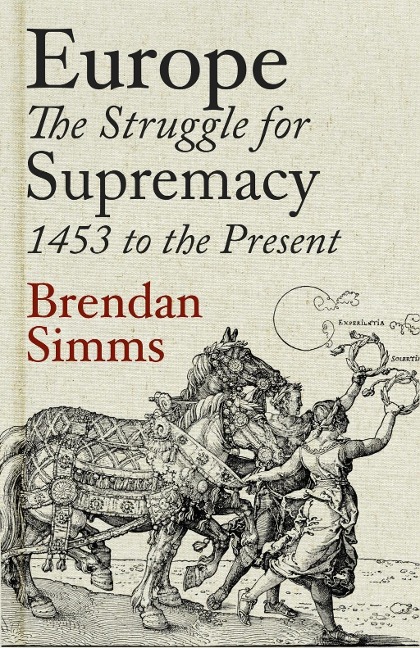 The Struggle for Supremacy, 1453 to the Present

At the heart of Europe's history lies a puzzle. In most of the world humankind has created enormous political frameworks, whether ancient (such as China) or modern (such as the United States). Sprawling empires, kingdoms or republics appear to be the norm. By contrast Europe has remained stubbornly chaotic and fractured into often amazingly tiny pieces, with each serious attempt to unify the continent (by Charles V, Napoleon and Hitler) thwarted.

In this marvelously ambitious and exciting new book, Brendan Simms tells the story of Europe's constantly shifting geopolitics and the peculiar circumstances that have made it both so impossible to dominate, but also so dynamic and ferocious. It is the story of a group of highly competitive and mutually suspicious dynasties, but also of a continent uniquely prone to interference from 'semi-detached' elements, such as Russia, the Ottoman Empire, Britain and (just as centrally to Simms' argument) the United States.

Europe: The Struggle for Supremacy will become the standard work on this crucial subject - and an extremely enjoyable one.

'This is a brilliant and beautifully written history. From the Holy Roman Empire to the Euro, Brendan Simms shows that one of the constant preoccupations of Europeans has always been the geography, the power and the needs of Germany. Europe is a work of extraordinary scholarship delivered with the lightest of touches. It will be essential, absorbing reading for anyone trying to understand both the past and the present of one of the most productive and most dangerous continents on earth' William Shawcross

'World history is German history, and German history is world history.This is the powerful case made by this gifted historian of Europe, whose expansive erudition revives the proud tradition of the history of geopolitics, and whose immanent moral sensibility reminds us that human choices made in Berlin (and London) today about the future of Europe might be decisive for the future of the world' Timothy Snyder (author of Bloodlands)

Brendan Simms is Professor of the History of International Relations at the University of Cambridge. His major books include Unfinest Hour: Britain and the Destruction of Bosnia (shortlisted for the Samuel Johnson Prize) and Three Victories and a Defeat: The Rise and Fall of the First British Empire.