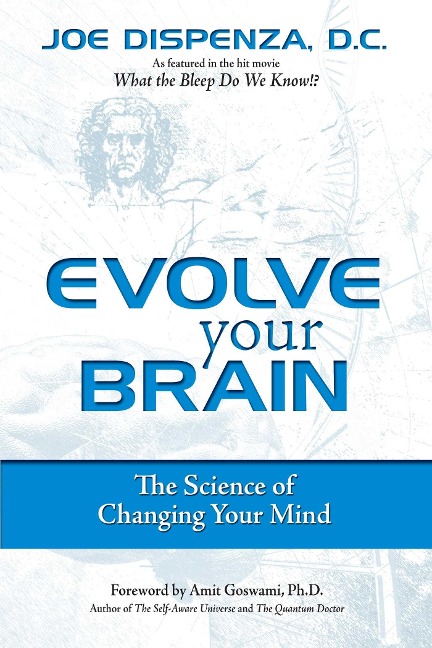 The Science of Changing Your Mind

Why do we keep getting the same jobs, taking on the same relationships, and finding ourselves in the same emotional traps?
Dr. Joe Dispenza not only teaches why people tend to repeat the same negative behaviors, he shows how readers can release themselves from these patterns of disappointment.

With the dynamic combination of science and accessible how-to, Dispenza teaches how to use the most important tool in ones body and life—the brain. Featured in the underground smash hit of 2004, "What the Bleep Do We Know!?," Dispenza touched upon the brain's ability to become addicted to negative emotions. Now, in his empowering book Evolve Your Brain he explains how new thinking and new beliefs can literally rewire one's brain to change behavior, emotional reactions, and habit forming patterns.

Most people are unaware of how addicted they are to their emotions, and how the brain perpetuates those addictions automatically. In short, we become slaves to our emotional addictions without even realizing it. By observing our patterns of thought, and learning how to 're-wire the brain' with new thought patterns, we can break the cycles that keep us trapped and open ourselves to new possibilities for growth, happiness and emotional satisfaction.