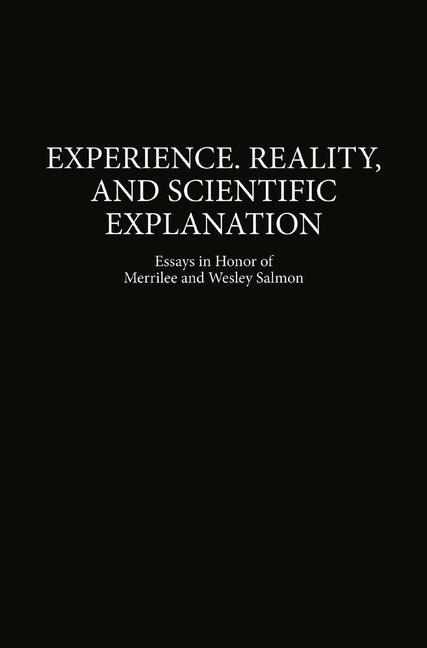 Workshop in Honour of Merrilee and Wesley Salmon

The papers collected here comprise the proceedings of a Workshop in honor ofMerrilee and Wes Salmon, held in Florence on May 17-18, 1996. The aim of the meeting was to pay homage to these two American scholars, whose contact with Italian and European Universities and Institutes had a major influence on "Continental" thought in the field of epistemology and probability. In fact, Merrilee and Wes spent various periods lecturing at the Universities of Bologna, Florence, Rome, Trieste, Catania and Pisa, as well as in the University of Constance, where they helped to build a strong cultural "bridge" with the Pittsburgh Center for the Philosophy of Science. The Florence Center for the History and Philosophy of Science is particularly thankful to the Salmons for their ongoing cooperation and frequent visits. We must not forget that Wes Salmon was in the Florence Center and at the Philosophy Department of Florence, as visiting scholar, on many occasions, and that he made important contributions which have later appeared in Italian journals, such as Iride and Rivista di jilosojia. Merrilee was a speaker at the Conference on "Genetics, Linguistics, and Archaeology" (May 20-24,1991), organized by the Florence Center. Both Wes and Merrilee often enlivened the arguments of the initiatives they took part in.