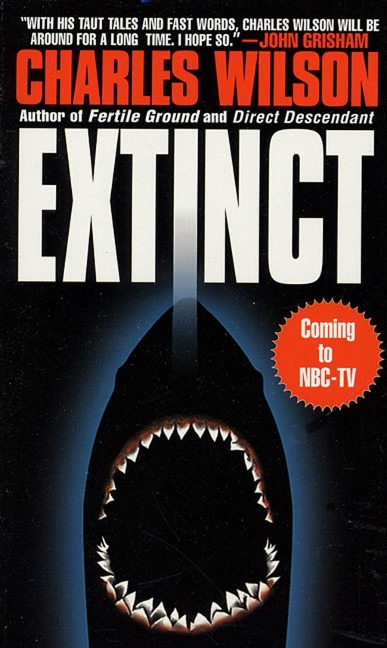 Charles Wilson has received the highest praise from authors such as John Grisham and from reviewers, including being termed "Wizard Plotter" by the Los Angeles Times. Now, he has created his most chilling story yet-- a fast-paced thriller so realistic it will take your breath away and keep you riveted to the page.

From the Gulf of Mexico's warm shallow waters...to the deepest parts of the Pacific...terror comes to the surface...

Six-year-old Paul Haines watches as two older boys dive into a coastal river...and don't come up. His mother, Carolyn, a charter boat captain on the Mississippi Gulf Coast, finds herself embroiled in the tragedy to an extent she could never have imagined.

Carolyn joins the marine biologist Alan Freeman in the hunt for a creature that is terrorizing the waters along the Gulf Coast. But neither of them could have envisioned exactly what kind of danger they are facing.

Yet one man, Admiral Vandiver, does know what this creature is, and how it has come into the shallows. And his secret obsession with it will force him, as well as Paul, Carolyn and Alan, into a race against time...and a race toward death.