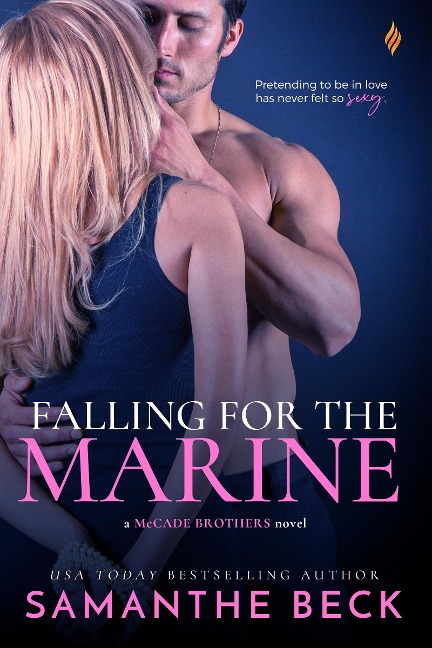 Falling for the Marine

Falling for the Marine (A McCade Brothers Novel) by Samanthe Beck:
Pretending to be in love has never felt so sexy.

USMC helicopter pilot Michael McCade has two goals: Get his damn back into alignment and keep his nose clean until his ultra-conservative commanding officer clears him to fly again. The doctor-recommended massage therapy seems like a necessary evil if he's to return to the cockpit, but when his too-hot-to-handle neighbor turns out to be his masseuse, he strays from the straight and narrow in a major way.

Former military brat Chloe Kincaid is looking for an ego-boosting, no strings attached hook up. But when her positively panty-melting neighbor (aka Major Hottie) shows up on her massage table, their off-the-charts chemistry overrides her no-military-men policy until they're caught. Now they have to fake an engagement to avoid the fallout, but can a girl who runs from attachments pretend to be in love with a straight-arrow soldier without falling hard?