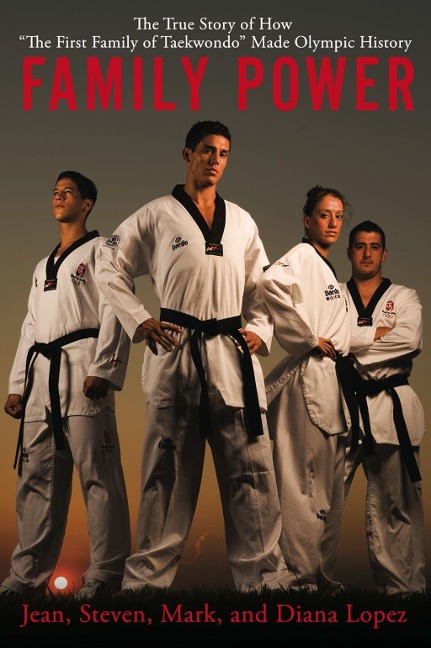 An inspiring sports memoir from the family who captured America?s heart at the 2008 Beijing Olympics.

The Lopez family set new records at the Beijing Olympics with three siblings on the same U.S. taekwondo team?and a fourth sibling as their coach. Mark took the silver medal, and Steven and Diana both brought home the bronze, with big brother Jean coaching them to victory. Here, for the first time, is the inspiring story of a family united behind a dream.

In 1972 Julio Lopez and his wife Ondina emigrated from Nicaragua, hoping for a better life for their family in America. In an atmosphere of love, support, mutual respect, and healthy competition, their children trained hard in taekwondo, daring to dream they might reach the pinnacle of their athletic field in the Olympics. Told in turn by Steven, Mark, Diana, and Jean, this is the incredible story of how one close-knit family?s boundless determination and rock-solid support system took them from their home in Texas to Olympic glory in Beijing.

Divided by Faith and Ethnicity