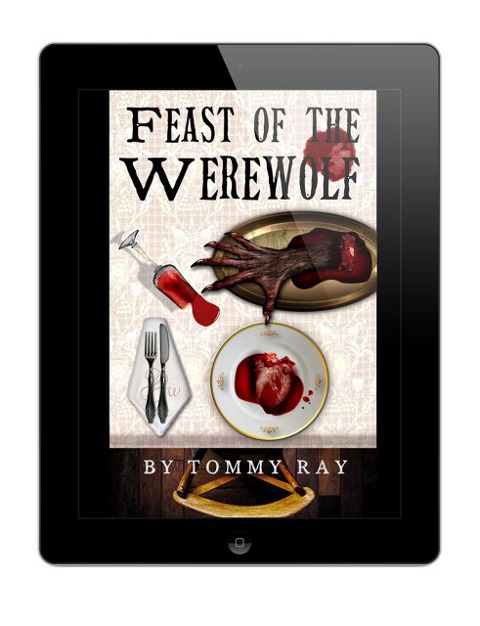 Feast of the Werewolf (Amid the Blackness, #3)

The myth of the werewolf is as vintage as the man himself. Discover the journey of Judith and Tommy as they desire to harness the power of the beast. They must use every bit of courage to accomplish their goal. See how one-night changes everything.

If you enjoy thrilling terror, surreal settings, and twists. Then you'll love this pulse-pounding tale.

Tommy Ray chooses to write and became an author to create value and inspiration to the world. He desires all to leave their mark, thinks big, as well as never give up on your dreams.

He was born in 1973, in Zama Mississippi, population 36 people. He followed that red dusty dirt road to ever-changing dreams.

However, no matter what he achieved, he always had a voice inside of him telling him he desired to live his life through a creative voice. For many years, he ignored the voice to follow other endeavors in the common matrix, but the voice was always there and increasing in volume.

The voice was what made Tommy resign a stable job to go on pilgrimage on the Camino de Santiago in 2012. Though when he returned, he shut the voice out again and returned to the safe norm like so many of us do. In 2016, the voice finally became so loud, he could not take it, so he took another leap of faith. He resigned another position in January of 2016. He journeyed on a self-guided music tour, the "Confessions of a Dreamer," tour.

First, Tommy created the "Country Boy" travel series. The books are written in a journal style, providing insights as well as glimpses of his fear, pain, joy, and the love which his travels have brought him. He plans to continue the series of "A Country Boy" travel adventure books. The goal is to assist readers in dreaming big, listening to their hearts along with trusting their instincts. To take a leap of faith.

Recently, he began Amid the Blackness. Created to provide readers with short stories of suspense and terror. He was told as a young child, he was forced to encounter situations which perhaps put him in danger. Numerous times he was hidden in a closet or behind a chair to avoid the danger. These encounters, though unknown to Tommy to even this present day, may have led to these stories. The stories describe how he loses contact with reality and enter a dark world which creates him kicking sheets, heart racing, overcome with fear. At times, afraid to open his eyes as he may think the evil is in his presence.