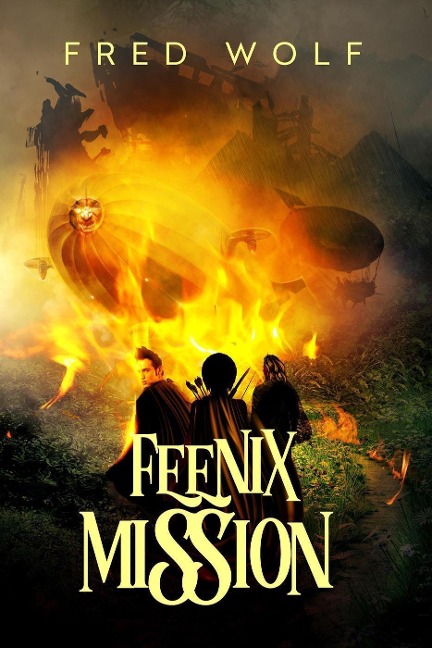 Three centuries have passed since the Serial Pandemics, and civilization lay in ruins. Washington, D.C., now a dilapidated territorial capitol, relies upon antiquated technology and fragile alliances to defend against barbarian invasions. One day a sophisticated device is brought to the city that was allegedly obtained from a mysterious enclave deep within the Tennessee Territory. Zefir Hawkes, a gifted young scout, and his renowned mentor, Flint Coalwood, are summoned to embark upon a mission to locate the device's origin and confirm rumors of other much coveted technological marvels. The explorers ultimately reach their destination, but are soon ensnared in cataclysmic events that will alter the course of history.

The FEENIX MISSION is a briskly-paced, 80,000 word adventure novel that includes encounters with bizarre sects, death-cult barbarians and a paranoid Orwellian society with horrific bioweapons technology. Zefir, initially trapped in the vortex of events, becomes a proactive freedom fighter, during which time his impetuousity evolves into courage and wisdom. And, for the first time in his young life, he finds a romantic interest that begins to fill the emptiness of a tragic childhood.