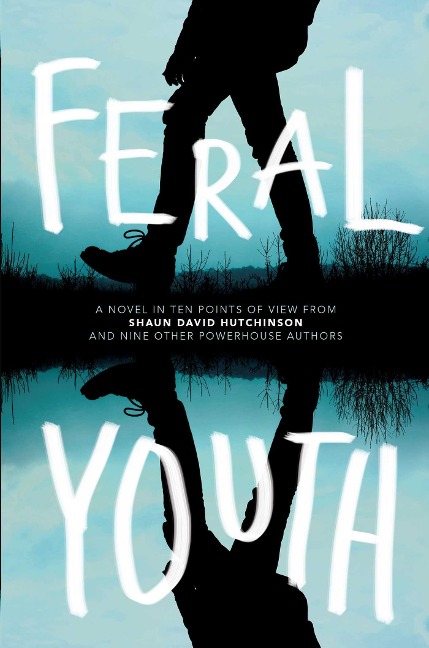 Ten teens are left alone in the wilderness during a three-day survival test in this multi-authored novel led by award-winning author Shaun David Hutchinson.

At Zeppelin Bend, an outdoor-education program designed to teach troubled youth the value of hard work, cooperation, and compassion, ten teens are left alone in the wild. The teens are a diverse group who come from all walks of life, and were all sent to Zeppelin Bend as a last chance to get them to turn their lives around. They've just spent nearly two weeks hiking, working, learning to survive in the wilderness, and now their instructors have dropped them off eighteen miles from camp with no food, no water, and only their packs, and they'll have to struggle to overcome their vast differences if they hope to survive.

Inspired by The Canterbury Tales, the characters in Feral Youth, each complex and damaged in their own ways, are enticed to tell a story (or two) with the promise of a cash prize. The stories range from noir-inspired revenge tales to mythological stories of fierce heroines and angry gods. And while few of the stories are claimed to be based in truth, they ultimately reveal more about the teller than the truth ever could.

Shaun David Hutchinson is the author of numerous books for young adults, including The Past and Other Things That Should Stay Buried, The Apocalypse of Elena Mendoza, At the Edge of the Universe, and We Are the Ants. He also edited the anthologies Violent Ends and Feral Youth and wrote the memoir Brave Face, which chronicles his struggles with depression and coming out during his teenage years. He lives in Seattle, where he enjoys drinking coffee, yelling at the TV, and eating cake. Visit him at ShaunDavidHutchinson.com or on Twitter @ShaunieDarko.