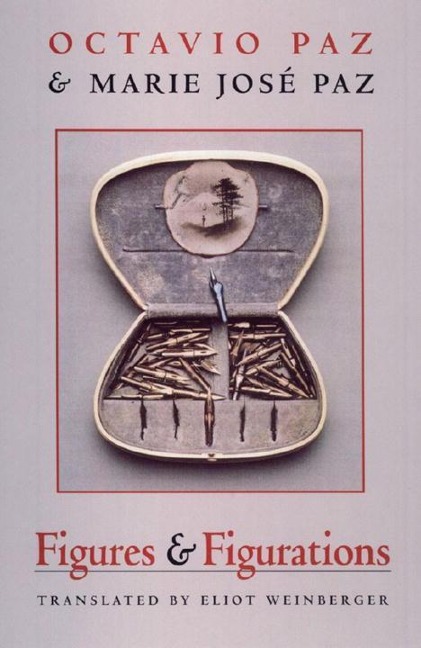 Figures & Figurations, one of the last works completed by the great late Mexican poet Octavio Paz before his death in 1998, is a stunning collaborative project with his wife, the acclaimed artist Marie José Paz. In response to ten of her collage-constructions, he wrote ten new short poems; she in turn created two new artworks in response to two of his earlier poems. In addition to the gorgeous full-color art, this bilingual edition features Eliot Weinberger's excellent translations, as well as an essay by Octavio Paz on Marie José Paz's work, "The Whitecaps of Time," in which he relates how her friendship with Joseph Cornell became a stimulus for her assemblages and how she was further spurred on by other friends, such as the linguist Roman Jakobson and Elizabeth Bishop. "These objects sometimes surprise us," he writes, "and sometimes make us dream or laugh (humor is one of the poles of her work). Signs that invite us on a motionless voyage of fantasy, bridges to the indefinitely small or galactic distances, windows that open on a nowhere. Marie José's art is a dialog between here and there." An illuminating afterword by the eminent French poet Yves Bonnefoy completes this edition.

Marie José Paz began working as an artist in 1972, encouraged by artists like Joseph Cornell, Mark Strand and Robert Gardner. She was Octavio Paz's loving companion for more than thirty years.