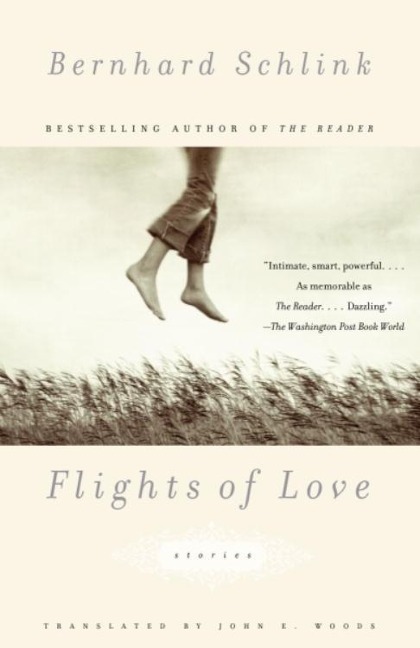 Bernhard Schlink brings to these seven superbly crafted stories the same sleek concision and moral acuity that made The Reader an international bestseller. His characters-men with importunate appetites and unfortunate habits of deception-are uneasily suspended between the desire for love and the impulse toward flight.
A young boy's fascination with an eerily erotic painting gradually leads him into the labyrinth of his family's secrets. The friendship between a West Berliner and an idealistic young couple from the East founders amid the prosperity and revelations that follow the collapse of communism. An acrobatic philanderer (one wife and two mistresses, all apparently quite happy) begins to crack under the weight of his abundance. By turns brooding and comic, and filled with the suspense that comes from the inexorable unfolding of character, Flights of Love is nothing less than masterful

Bernhard Schlink is the author of the internationally best selling novel The Reader and of four crime novels, The Gordian Knot, Self Deception, Self-Administered Justice, and Self Slaughter, which are currently being translated into English. He is a professor at the Benjamin Cardozo School of Law, Yeshiva University, in New York.