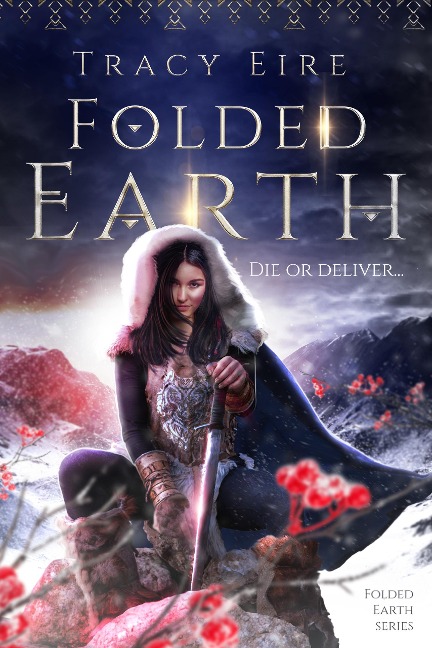 Ora Buckmaster is a Northern Wolf, a race of humans who've lived at the top of the world since First Fires. She's the daughter of a Keep famed for its legendary 'Messenger-men' of the North. But now? She's come to live in growing Bridge Township.

Ora can feel herself fading away in this new place in the hours before she loses her position, the Warden is assassinated, and the Township Council suddenly needs a woman to carry a critical message into the mountains. She's more than tough enough, she's just the woman for the job.

The path winds into the tumble of disturbed land called 'The Warp', where deadly and unnatural beasts abound. But if she and the guard can make it beyond them, there rises a wide, treed valley, rich with game, where Ora has a message to deliver. Tales of a powerful, mythical race, and its shrewd 'Lock-Maker King' abound. But Ora's directions are very real: Survive to see this message hit its mark.

Because, in the halls of Township authority, assassins hunt, bizarre calamities strike, and the lands and waters sour. For mysterious reasons, the Council's convinced they must lean upon the assistance of an ancient race to bring things to rights again.

All they need is for the Lock-Maker King and his mythic people to return from the folds of time....

My name, Tracy, means warrior in Irish, and that's apt. I come from a much-storied island off the coast of Eastern Canada, where kids weren't handled with kid-gloves. We had the run of the place -- icebergs and all! The land, the storms, and the beliefs shaped me into a storyteller. But I'm also an avid collector of things, like dolls, books, and... ghost hunting tips.

I have a background in literature and psychology, with an entirely unhealthy dollop of technology (that's run a decade now and includes Clouds of all kinds)! I paint too much and think about trivia and oddities about the same, but it all comes out on the page! I've been writing professionally for about 7 years now. You'll like my work if you're interested in near-future science fiction, ghost-stories, or kick-@$$ heroes and heroines. And if you're Street Team Strong? Let me know on my site's Contact Page!

Thanks and happy reading!