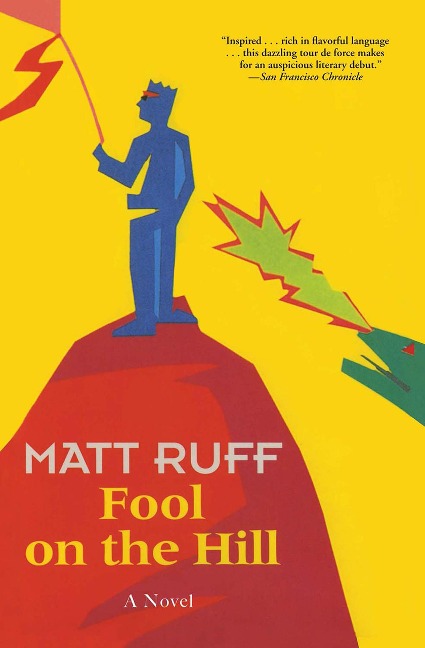 Fool on the Hill

From the author of Lovecraft Country: Myth and reality collide on a college campus "in a comic fantasy of wonderful energy, invention, and generosity of spirit" (Alison Lurie).

Stephen Titus George is a young writer-in-residence at Cornell University in upstate New York. A bestselling author in search of a new story, he sees his life as a modern-day fairy tale starring himself as a would-be knight trying to woo a lovely maiden-or, actually, two: the bewitching Calliope and his guiding light, Aurora Borealis Smith. But he's not quite in control of the narrative.

There's another writer with even greater influence on campus. The unseen Mr. Sunshine is an eternal, semi-retired deity who's been fashioning his own story for centuries. He has all his characters in place: dragons, sprites, gnomes, and villains. And now, finally, his hero. As Mr. Sunshine's world comes to fabulous and violent life, how can Stephen decide his own fate if it's already being plotted by a god?

An epic of life and death, good and evil, love and sorcery, Fool on the Hill lands Matt Ruff happily on the shelf between Tom Robbins and J. R. R. Tolkien for every lover of the "funky and fantastical" (New York magazine).

"The plot comes together like a brilliant clockwork toy." -Locus

Matt Ruff is the author of two other novels, Fool on the Hill and Set This House in Order: A Romance of Souls, which won the Pacific Northwest Booksellers Association Book Award and the James Tiptree, Jr. Award. He lives in Seattle, Washington, with his wife, Lisa Gold.