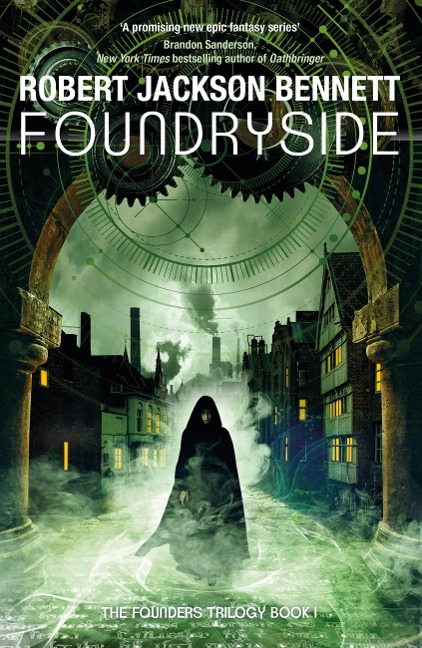 a dazzling new series from the author of The Divine Cities

She thought it was just another job. But her discovery could bring the city to its knees . . .

In the city of Tevanne, you either have everything, or nothing. For escaped slave Sancia Grado, eking out a precarious living in the hellhole known as the Commons, nothing is just one misstep away.

So when she is offered a lucrative job to steal an ancient artefact from a heavily guarded warehouse, she leaps at the chance.

But instead of a way out of Tevanne, she finds herself the target of a murderous conspiracy. Someone powerful wants the artefact, and Sancia dead.

To survive, Sancia will need every ally and every ounce of wits at her disposal - because if her unknown enemy unlocks the artefact's secrets, the world - and reality - will never be the same.

'Inventive, immersive, and thrilling . . . Do yourself a favor and pick this up!' Kevin Hearne