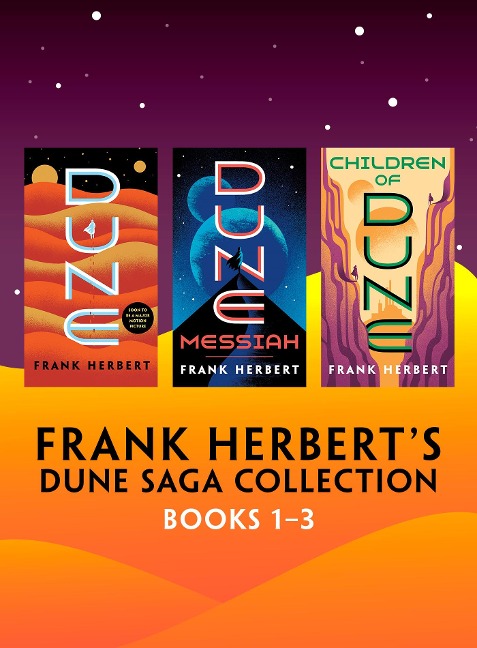 In the far future, on a remote planet, an epic adventure awaits. Here are the first three novels of Frank Herbert's magnificent Dune saga-a triumph of the imagination and one of the bestselling science fiction series of all time.

The Dune Saga begins on the desert planet Arrakis with the story of the boy Paul Atreides-who would become known as Muad'Dib-and of a great family's ambition to bring to fruition humankind's most ancient and unattainable dream….

In 1952, Herbert began publishing science fiction with "Looking for Something?" in Startling Stories. But his emergence as a writer of major stature did not occur until 1965, with the publication of Dune. Dune Messiah, Children of Dune, God Emperor of Dune, Heretics of Dune, and Chapterhouse: Dune followed, completing the saga that the Chicago Tribune would call "one of the monuments of modern science fiction." Herbert is also the author of some twenty other books, including The White Plague, The Dosadi Experiment, and Destination: Void. He died in 1986.