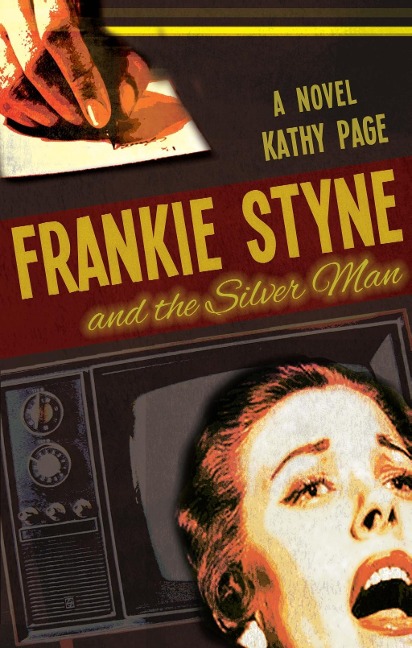 When Liz Meredith and her new baby move into the middle row-house on Onley Street-Liza having lived for years off-grid in an old railcar-there's more to get used to than electricity and proper plumbing. She's desperate to avoid her well-meaning social worker and her neighbours Alice and Tom, who, for reasons of their own, won't leave her alone. And then there is her other neighbour, the disfigured and reclusive John Green, better known to the world as Frankie Styne, the author of a series of violent bestsellers. When his latest novel is unexpectedly nominated for a literary prize and his private life is exposed in the glare of publicity, Frankie plots a gruesome, twisted revenge that threatens others who call Onley Street home. Frankie Styne and the Silver Man is unforgettable: a thrilling novel of literary revenge, celebrity culture and the power of love and beauty in an ugly world.

Kathy Page is the author of seven novels, including Alphabet (an Indie Next Great Read of 2014, Kirkus Best Book of 2014, and Shelf Awareness Shelf Discovery Pick), The Story of My Face (longlisted for the Orange Prize in 2002), and The Find (shorlisted for the ReLit Award in 2011), as well as many short stories, previously collected in As In Music. She recently co-edited In the Flesh (2012), a collection of personal essays about the human body, and has written for television and radio. Her 1992 novel Frankie Styne & the Silver Man will make its American debut as a Biblioasis ReSet Book in the fall of 2015. Born in the UK, Kathy has lived on Salt Spring Island, British Columbia since 2001.

Children of Blood and Bone

Dawn of the New Everything