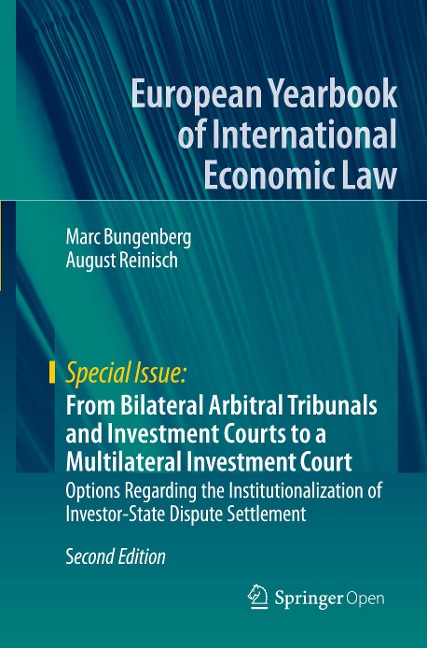 Options Regarding the Institutionalization of Investor-State Dispute Settlement

This open access book considers the potential setup for a future Multilateral Investment Court (MIC). The option of an MIC was first discussed by the EU Commission in 2016 and has since been made an official element of the EU Common Commercial Policy. In 2017, UNCITRAL also decided to discuss the possibility of an MIC, and on 20 March 2018, the Council of the EU gave the EU Commission the mandate to negotiate the creation of an MIC. The "feasibility study" presented here is intended to contribute to a broader discussion on the options for a new international court specialized in investment protection. The cornerstones of such a new permanent court are a strict orientation on the rule of law, reduced costs of investment protection, transparency considerations, aspects of consistency in case law, and the effective enforceability of MIC decisions.

Marc Bungenberg is Director of the Europa-Institut and a professor of European law and public international law at Saarland University/Germany as well as permanent visiting professor at the University of Lausanne/Switzerland. His main fields of research are European (Common Commercial Policy, public procurement and state aid law) and international economic law, particularly international investment and WTO law, including especially trade remedies.

FM.- Executive Summary.- Introduction.- Targets for the Reorganization of the Investment Protection Regime.- Design and Implementation of a Two-Tiered MIC.- Applicable Law.- The Pronoucement of Decisions and Its Consequences.- Recognition and Enforcement of Decisions.-Possibilities for the Establishment of an MIC and a Possible Connection to Existing Institutions and System Conformity.- Standalone Appeal Mechanism: "Multilateral Investment Appeals Mechanism" (MIAM) .- Index.