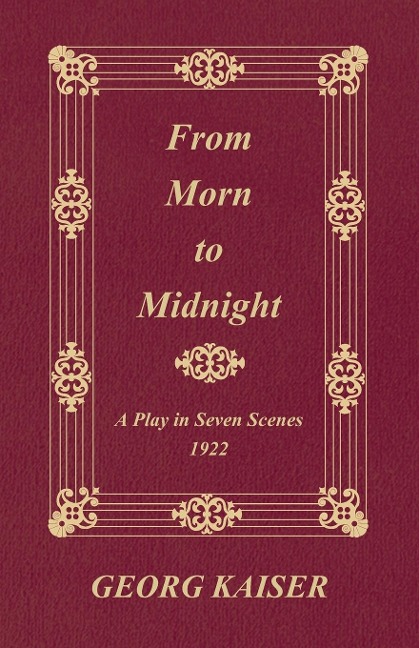 From Morn to Midnight

This early work, originally published in 1922, is both expensive and hard to find in its first edition. Written by the German dramatist Georg Kaiser, one the most successful Expressionist dramatists of his age. This play, among the most frequently performed German Expressionist works, charts the life of a cashier who steals money from the bank and flees to Berlin. The un-named protagonist's bid to escape his middle class daily life is ultimately frustrated. Many of the earliest books, particularly those dating back to the 1900s and before, are now extremely scarce and increasingly expensive. We are republishing these classic works in affordable, high quality, modern editions, using the original text and artwork.