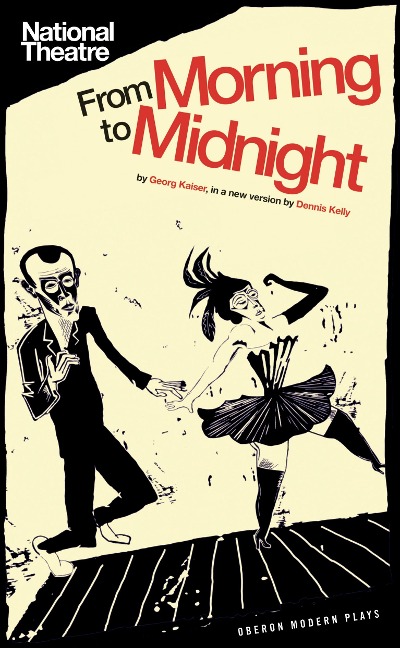 From Morning to Midnight

From Morning To Midnight, among the most frequently performed German Expressionist works, charts the life of a cashier who steals money from the bank and flees to Berlin. The un-named protagonist's bid to escape his middle-class daily life is ultimately frustrated. It is a popular piece in which Kaiser satirized the cheapness and futility of modern society. His hero, a kind of machine-age Everyman, searches everywhere for some kind of fulfilment - in commercial sex, in salvationist religion - but discovers through a series of nightmarish episodes that the world is deceitful and illusory. In the end, disillusioned and pursued by the police, he takes his own life.

This new version by Dennis Kelly, opened at the National Theatre's Lyttelton Theatre in November 2013, as part of the National's 50th Anniversary Season.

Dennis Kelly is an internationally acclaimed playwright. Stage plays include Debris; Osama the Hero; After the End; Love and Money; Taking Care of Baby; DNA; Orphans; and The Gods Weep. Dennis co-wrote the award winning comedy series Pulling (Silver River and BBC 3, 2006 - 09) and wrote the stage adaptation for Roald Dahl's Matilda, which earned him a 2013 Tony Award for Best Book of a Musical.