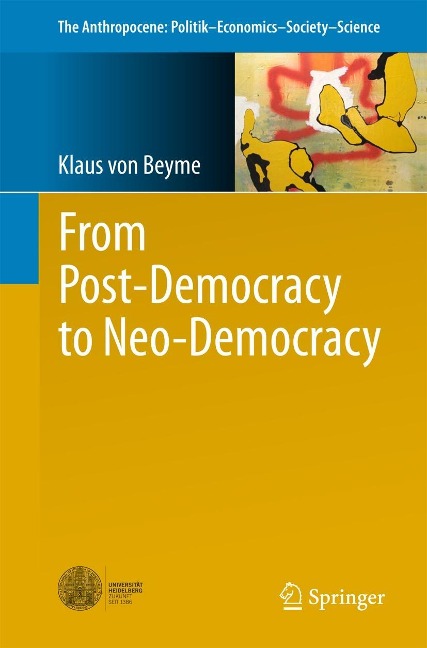 This book of a renowned political scientist and specialist in political theory fundamentally challenges the new fashion of post-democracy by offering an outlook on 'neo-democracy'. The political periods are similar to epochs in modern art, where 'neo' succeeded Post-impressionism and Post-expressionism. This book reviews the topical debate on postdemocracy and scenarios of decline in democratic theory without the alternative of dictatorship. It discusses criticism of politics in the old and new media and a new culture of protest. It addresses new forms of participation and the dangers of populism and right-wing extremism. It proposes institutional reforms of democracy, of the parliamentary system and the party state, in negotiations of coalition-building, in governmental declarations and for the policy output. The book concludes with a debate of normative models of democracy from 'Post-democracy' to 'Neo-democracy', models of justice and theories of democratic reform.

The Debate on Post-democracy and the Traditions of Scenarios of Decline.- Scenarios of decline in democratic theory.- Democracy without the alternative of dictatorship?.- Criticism of Politics in the Old Media and the "Citizenship in Rage" (Wutbürgertum) in the New Media.- Citizenship in rage - a new culture of protest?

What's Wrong with the Europe Union and How to F...

Will the gig economy prevail?