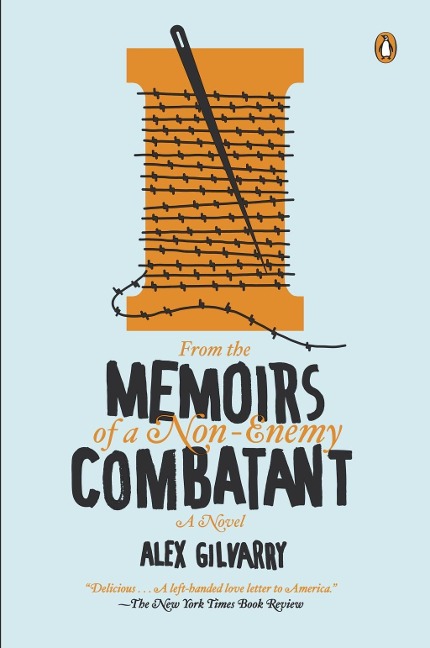 Alex Gilvarry's ambitious second novel, Eastman Was Here, will be on sale in August 2017.

Alex Gilvarry's widely acclaimed first novel is the story of designer Boy Hernandez: Filipino immigrant, New York glamour junkie, Guantánamo detainee. Locked away indefinitely and accused of being linked to a terrorist plot, Boy prepares for the tribunal of his life with this intimate confession, a dazzling swirl of soirees, runways, and hipster romance that charts one small man's undying love for New York City and his pursuit of the big American dream-even as the present nightmare of detainment chisels away at his vital wit and chutzpah.

A New York Times Editor's Choice, From the Memoirs of a Non-Enemy Combatant unveils two of America's most illusory realms-high fashion and Homeland Security-in a funny, wise, and beguiling, and Kafkaesque tale for our strange times.

A native of Staten Island, Alex Gilvarry has traveled  extensively in the Philippines, where his family is from. He's the  editor of the Web site Tottenville Review, he has been named a Norman  Mailer Fellow, and his writing has appeared in The Paris Review.  He lives in Brooklyn, New York, and Cambridge, Massachusetts.