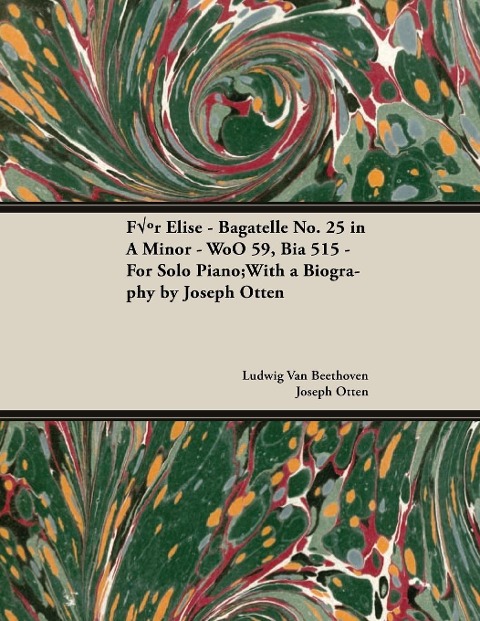 Bagatelle No. 25 in A minor (WoO 59, Bia 515) for solo piano, commonly known as ""Für Elise"", is one of Ludwig van Beethoven's most popular compositions. It was not published during his lifetime, only being discovered  40 years after his death, and may be termed either a Bagatelle or an Albumblatt.
Ludwig van Beethoven (1770 - 1827) was a seminal German composer. He had a significant influence on the transition from the Classical to the Romantic era of music, and to this day he is considered to be one the most celebrated and important composers of all time. This volume is highly recommended for fans of Beethoven's music, and it constitutes a must-have for collectors of important classical scores.
Classic Music Collection constitutes an extensive library of the most well-known and universally enjoyed works of classical music ever composed, reproduced from authoritative editions for the enjoyment of musicians and music students the world over.  This edition also includes an introductory biography of Beethoven written by Joseph Otten.