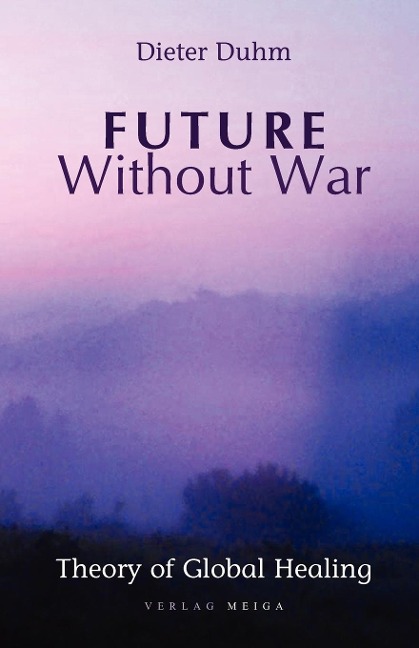 Is there a foreseeable future on Earth free of war?
Will the rivers flow in their natural beds again; will animals be freed from their cages for ever; and will all the children of this world have enough to eat and a sense of belonging?

In the face of the violence which is daily inflicted on this planet upon human beings, animals and nature these questions seem absurd, naïve almost beyond human reason. Nevertheless, they are the crucial questions of our time and from the answers we find to them our future and the further evolution of life on Earth depends.
Under the direction of Dieter Duhm, born 1942 in Berlin, sociologist, psychoanalyst, former Marxist and one of the leading heads of the '68-Student Movement in Germany a group of European researchers is working in this field. For 28 years these questions are the main focus of their research. They have developed a planetary idea, whose realization could create a fundamental shift in the direction of peace on Earth.
In his book "Future Without War" Dieter Duhm outlines this global peace strategy. It is based on the idea of modern natural science that the building component of mater is not the atom, instead it is energy, frequency, information. Earth with its atmosphere and magnetic field, with its waters and landscapes, its creatures, biotopes and human societies is an integral, oscillating and living body that can be healed, just as a human body can be healed if the appropriate medicine, i.e. the appropriate information is administered.
The healing information is wanted most at the points where new wars are created daily: in the cohabitation of human beings. In this area far reaching change is necessary. Words and appeals alone are not enough.  The peace information needed will emerge from social structures whose ethical basic values of compassion, trust, mutual support and solidarity are no longer being destroyed, but rather, they are being generated and maintained.
Places are needed where the conditions for peaceful co-habitation are researched and put into practice.
Dieter Duhm calls them "Healing Biotopes". These act rather like acupuncture points to foster a new future in the body of Earth.
The book explains why worldwide only a few such centres will be sufficient to tip over the "information field" of violence. It is not the first time this possibility is seen. David Bohm, a quantum physicist, had too mentioned it, so did spiritual masters, such as Sri Aurobindo (India), Satprem (his deciple) or Dhyani Iwahoo (Leader of the Tsalagi, USA), or Teilhard de Chardin.
Together these few centres will create the microscopically small change which may and will have a large effect on the "Whole".
Dieter Duhm: "Decisive for the success of such peace projects is not how big and strong they are in comparison to the existing apparatuses but how comprehensive and complex they are, how many elements of life they are able to combine and to unite in a positive way. In the field buildings of evolution it is not the law of the strongest, but the success of the more comprehensive that counts. No new developments would otherwise have been able to assert themselves had they not all begun small and inconspicuous."
The development of the first such centre began in 1995 in Portugal. Today approximately 150 people are engaged there in the development of a life form which is to be free of fear, lies and violence. Further initiatives in this direction have started in Israel/Palestine and Colombia.

Dieter Duhm, born in 1942 in Berlin, he was a leading thinker of the movement of 1968, studied art history and psychoanalysis, and obtained a PhD in sociology. Shaken by the scope of global violence, he withdrew in order to develop a working model for a future without war. He developed the "Plan of the Healing Biotopes", a global peace concept, and has been working to realise it for 25 years. This led to the establishment of the "Healing Biotope I Tamera" in Portugal. Today he is working there together with approx. 150 co-workers, establishing a world model for peace.