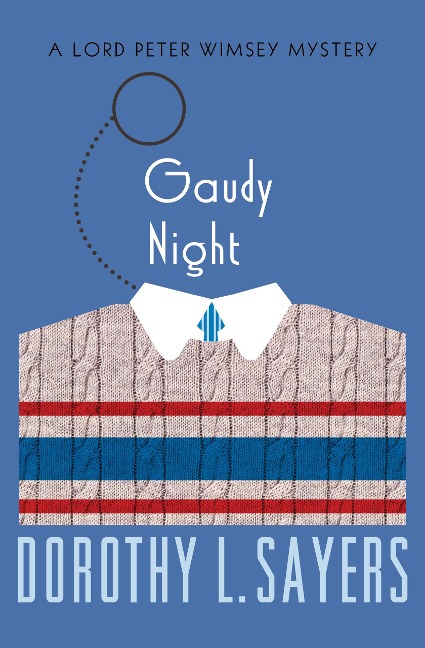 Oxford is full of memories-and threats of murder-for Harriet Vane and Lord Peter Wimsey in this mystery that "stands out even among Miss Sayers's novels" (The Times Literary Supplement).

Since she graduated from Oxford's Shrewsbury College, Harriet Vane has found fame by writing novels about ingenious murders. She also won infamy when she was accused of committing a murder herself. It took a timely intervention from the debonair Lord Peter Wimsey to save her from the gallows, and since then she has devoted her spare time to resisting his attempts to marry her. Putting aside her lingering shame from the trial, Harriet returns to Oxford for her college reunion with her head held high-only to find that her life is in danger once again.

The first poison-pen letter calls her a "dirty murderess," and those that follow are no kinder. As the threats become more frightening, she calls on Lord Peter for help. Among the dons of Oxford lurks a killer, but it will take more than a superior education to match Lord Peter and the daring Harriet.

Gaudy Night is the 12th book in the Lord Peter Wimsey Mysteries, but you may enjoy the series by reading the books in any order.

This ebook features an illustrated biography of Dorothy L. Sayers including rare images from the Marion E. Wade Center at Wheaton College.

Dorothy L. Sayers (1893-1957) was a British playwright, scholar, and  acclaimed author of mysteries, best known for her books starring the  gentleman sleuth Lord Peter Wimsey. While working as an advertising  copywriter, Sayers began writing Whose Body? (1923), the first  Wimsey mystery, followed by ten sequels and several short stories.  Sayers set the Wimsey novels between the two World Wars, giving them a  realistic tone by incorporating details from contemporary issues such as  advertising, women's education, and veterans' health. Sayers also wrote  theological essays and criticism during and after World War II, and in  1949 published the first volume of a translation of Dante's Divine Comedy.  Although she considered this translation to be her best work, it is for  her elegantly constructed detective fiction that Sayers remains best  remembered.