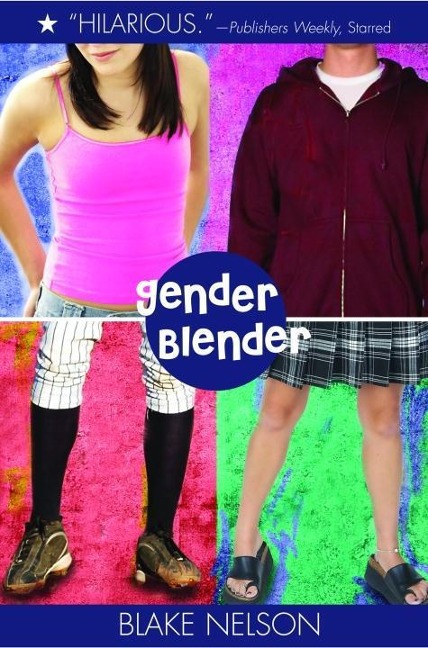 Perfect for fans of classic teen comedies like She's All That and Freaky Friday, this is the story of two tweens who can't imagine problems bigger than their own until they wake up one morning…and realize they've switched bodies.

All Emma wants is for Jeff Matthews to notice her, to avoid sexist boys, and to finally get her period. All Tom wants is to not look like a wuss at school, to figure out his new blended family, and to get a chance with Kelly A. Neither thinks about much else. That is until something freaky happens. Emma and Tom wake up one morning in each other's bodies. Now all Emma can think about is how to dodge the mean girls who torment her and all Tom can think about is how to avoid being alone with Jeff Matthews.

This hilarious and thought-provoking read will have tweens wondering what high school is really like for the classmates they consider their opposites--and have them second-guessing the pre-conceived notions they may have about each other.

Blake grew up in Portland, Oregon.

His first love was books but he spent several years in his teens and twenties playing in bands.

Blake's first writing job was at Details magazine, where he wrote short humor pieces on the slacker lifestyle. His fiction remained unpublished until Sassy Magazine (cool girl magazine from the 90s) began publishing excerpts from his first novel.

These excerpts generated enough response to get his first novel GIRL published by Simon and Schuster. GIRL (1994) has since been translated into six foreign languages and was made into a feature film.

After GIRL, Blake published two more adult novels, EXILE (1997) and USER (2001). In 2003 he decided to try a Young Adult novel, (a book specifically for teens) and wrote THE NEW RULES OF HIGH SCHOOL. Since then he has published five YA novels, NEW RULES, ROCKSTAR SUPERSTAR, PROM ANONYMOUS, GENDER BLENDER, and PARANOID PARK.

His books have won numerous awards and continue to be translated around the world. A TV movie for GENDER BLENDER is currently in development at Nickelodeon. And PARANOID PARK, is being made into a film by Gus Van Sant and MK2 Productions.

Blake Nelson currently lives with his wife in Brooklyn, NY.