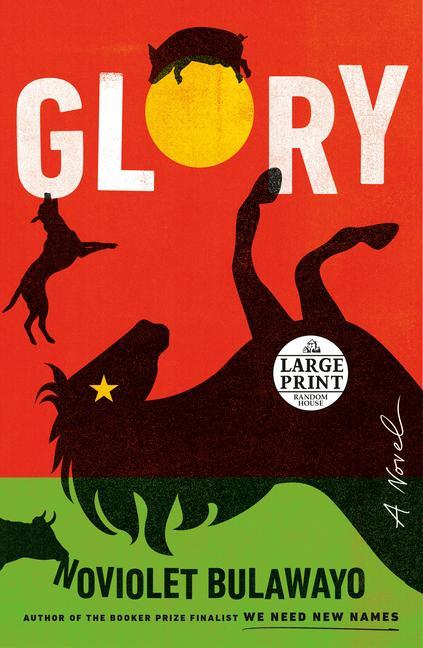 From the acclaimed author of We Need New Names, an allegory that chronicles the fall of an oppressive regime and the chaotic, kinetic potential for true democracy that rises in its wake

An explosive novel about the chaos of revolution, Glory centers around the unexpected fall of Old Horse, a long-serving leader of a fictional African country, and the drama that follows for an unruly nation of animals on the path to true liberation. Inspired by the unexpected fall by coup, in November 2017, of Robert Mugabe--Zimbabwe's president who took office in 1980 and...never left--Bulawayo's bold, vividly imagined novel shows a country imploding, narrated by a chorus of animal voices who unveil the ruthlessness and cold strategy required to uphold the illusion of absolute power, and to overthrow it completely.

As with her debut novel We Need New Names, Bulawayo's fierce voice and lucid imagery immerses us in the daily life of a traumatized nation, revealing the dazzling life force and irrepressible wit that lies barely concealed beneath the surface of seemingly bleak circumstances. At the center of this tumult is Destiny, who has returned to the motherland from American to bear witness to revolution--and, unwittingly, narrate the secret history and the potential legacy of the women who have quietly pulled the strings in this country.

The animal kingdom--its connection to our primal responses and resonance in the mythology, folktales, and fairytales that define cultures the world over--unmasks the surreality of contemporary global politics to help us understand our world more clearly, even as Bulwayo plucks us right out of it. Glory is a blockbuster, an exhilarating ride, and crystalizes a turning point in history with the texture and nuance that only the greatest of fiction can.

NoViolet Bulawayo is the author of We Need New Names, which was a finalist for the Man Booker Prize and won the PEN/Hemingway Award tand the LA Times Book Prize for First Fiction, the Zora Neale Hurston/Richard Wright Legacy Award for fiction and the Etisalat Prize for Literature. NoViolet Bulawayo grew up in Zimbabwe, and now lives in California.