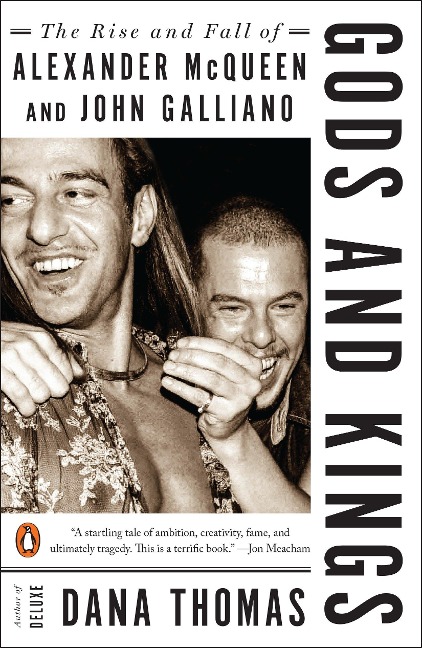 Gods and Kings: The Rise and Fall of Alexander McQueen and John Galliano

The New York Times-bestselling author of Deluxe and Fashionopolis: The Price of Fast Fasion and the Future of Clothes chronicles the making and unmaking of two of the greatest fashion designers of our time

In the mid-1990s, John Galliano and Alexander McQueen exploded onto a fashion scene that was in an artistic and economic rut. Their daring visions shook the establishment out of its bourgeois, minimalist stupor with vibrant, sexy designs and theatrical runway shows. By the end of the decade, each had been hired to run one of couture's most storied houses, Galliano at Dior and McQueen at Givenchy. They were icons of a new generation of rock-star designers who headlined the transformation of luxury fashion from a small clutch of family-owned businesses into a global, multibillion-dollar corporate industry. But the pace was unsustainable. In 2010, McQueen took his own life. A year later, Galliano was fired in the wake of an alcohol-fueled, anti-Semitic diatribe.

In her groundbreaking work Gods and Kings, acclaimed fashion journalist Dana Thomas tells the true story of two unforgettable artists. In so doing, she pulls back the curtain on the revolution that has remade high fashion over the last two decades-and the price it demanded from the very ones who saved it.