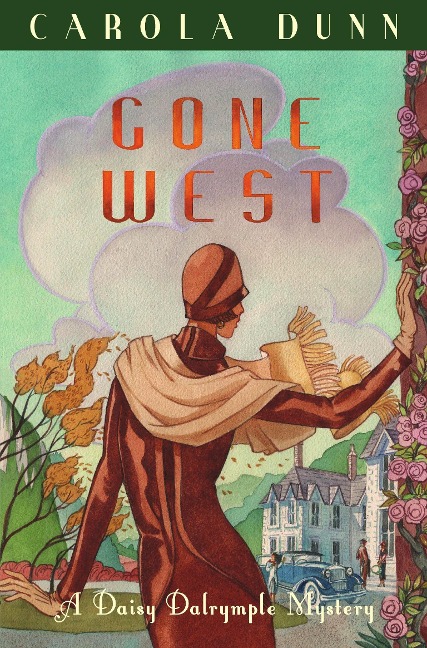 Daisy's hot on the trail of a murdered writer!

September 1926, and Daisy's in Derbyshire, visiting an old school friend who's currently employed by a novelist as his personal secretary. Sylvia Richmond has asked Daisy to investigate discreetly as she suspects something is seriously amiss with him. Upon arrival, Daisy finds a household of relatives and friends all living off the hospitality of Humphrey Birtwhistle who has been supporting them through his pseudonymous Western sales. When he took ill a while back Sylvia carried on penning the books, only to find that her versions led to an increase in sales and advances. And now she fears someone in the house is poisoning Birtwhistle to keep him ill and keep Sylvia writing the better paid versions.

Before Daisy can even begin a bit of decent investigating however, Birtwhistle dies under suspicious circumstances - and Daisy now faces a death to untangle with a household of suspects... and a husband who is less pleased to find his wife in the centre of a murder investigation!

As always, Dunn evokes the life and times of 1920s England while providing a plot that is a cut above the average British cosy. This will delight readers who love country-house mysteries. Booklist