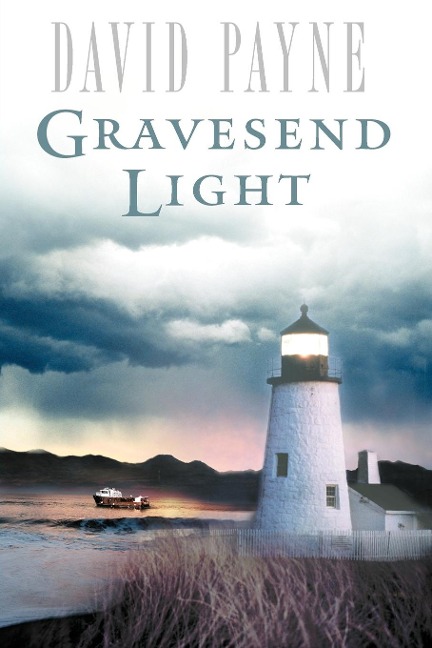 Joe's subject is Little Roanoke, an isolated coastal fishing village threatened by the encroachment of modern civilization. Here he meets two people who will alter the course of his future: Ray Bristow, a fisherman and ex-con who teaches Joe more than just the ropes of one of the world's most dangerous professions, and Day Shaughnessey, a Yale-educated OB/GYN and ardent feminist whose pro-choice views are at odds with the deeply religious people of Little Roanoke. As Joe and Day embark on a passionate love affair, his growing respect for the villagers' traditions and their heritage of pride and sacrifice comes sharply into conflict with Day's liberal beliefs.

Culminating in a savage winter storm at sea, Gravesend Light is an unforgettable story of family, love, heroism, and personal redemption.

"Payne knows the hopes, fears, and habits of his characters. . . . He writes of a people and a place from deep in his heart."-The New York Times Book Review

"Some of the strongest, most demanding writing to be found in American fiction today."-Los Angeles Times

"A wonderful book . . . David Payne is a novelist who speaks to readers' lives."-Chicago Tribune

David Payne is the critically acclaimed author of five novels and a memoir, Barefoot to Avalon. He attended Philips Exeter Academy and the University of North Carolina at Chapel Hill. His books have been translated into many languages and have been international bestsellers. He lives in Hillsboro, North Carolina.