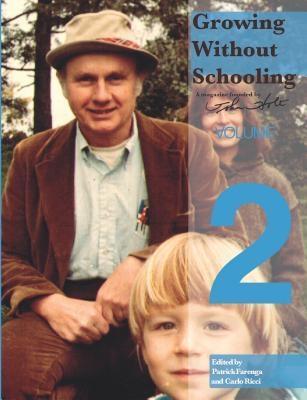 The second volume of GWS issues covers the years 1981 and 1982, when homeschooling gained attention in the media after John Holt's Teach Your Own was published and he made a second appearance on national TV's Phil Donahue Show, which resulted in thousands of letters to Holt regarding homeschooling. Each issue of GWS in this volume is a lively exchange among readers and Holt, packed with useful advice, resource recommendations, and all sorts of legal, pedagogical, and parenting ideas from people who pioneered the homeschooling movement. John Holt (1923-1985) is the author of How Children Learn and How Children Fail, which together have sold over a million and a half copies, and eight other books about children and learning. His work has been translated into more than 40 languages. Once a leading figure in school reform, John Holt became increasingly interested in how children learn outside of school. The magazine he founded, Growing Without Schooling (GWS), reflects his philosophy, which Holt called unschooling. GWS is the first magazine devoted to homeschooling and self-directed education.

Beyond Words: What Elephants and Whales Think a...

Violated: Part 3 of 3: A Shocking and Harrowing...