Quantitative criminology has certainly come a long way since I was ?rst introduced to a largely qualitative criminology some 40 years ago, when I was recruited to lead a task force on science and technology for the President's Commission on Law Enforcement and Administration of Justice. At that time, criminology was a very limited activity, depending almost exclusively on the Uniform Crime Reports (UCR) initiated by the FBI in 1929 for measurement of crime based on victim reports to the police and on police arrests. A ty- cal mode of analysis was simple bivariate correlation. Marvin Wolfgang and colleagues were makingan importantadvancebytrackinglongitudinaldata onarrestsin Philadelphia,an in- vation that was widely appreciated. And the ?eld was very small: I remember attending my ?rst meeting of the American Society of Criminology in about 1968 in an anteroom at New York University; there were about 25-30 people in attendance, mostly sociologists with a few lawyers thrown in. That Society today has over 3,000 members, mostly now drawn from criminology which has established its own clear identity, but augmented by a wide variety of disciplines that include statisticians, economists, demographers, and even a few engineers. This Handbook provides a remarkable testimony to the growth of that ?eld. Following the maxim that "if you can't measure it, you can't understand it," we have seen the early dissatisfaction with the UCR replaced by a wide variety of new approaches to measuring crime victimization and offending.

Alex R. Piquero is a Professor at the University of Maryland Department of Criminal Justice and Criminology, Member of the MacArthur Foundation's Research Network on Adolescent Development, and Member of the National Consortium on Violence Research. He is also Executive Counselor of the American Society of Criminology, and is Co-Editor of the Journal of Quantitative Criminology.  He received a Ph.D. in Criminology & Criminal Justice from the University of Maryland in 1996, and has received several teaching, research, and mentoring awards, including the American Society of Criminology Young Scholar and E-Mail Mentor of the Year Awards, and a University of Florida Teacher of the Year Award. His research interests include criminal careers, criminological theory, and quantitative research methods. He has published widely in the fields of criminology, criminal justice, psychology, and sociology, and is co-author (with Alfred Blumstein and David Farrington) of a recently published book, Key Issues in Criminal Careers Research.

David Weisburd is Walter E. Meyer Professor of Law and Criminal Justice and Director of the Institute of Criminology at the Hebrew University Faculty of Law, and Distinguished Professor of Administration of Justice at George Mason University.  He is an elected  Fellow of the American Society of Criminology and of the Academy of Experimental Criminology.  He is also Co-Chair of the steering committee of the Campbell Collaboration Crime and Justice Group, a member of the Harvard University/National Institute of Justice Executive Session in Policing, and of the National Research Council Committee on Crime, Law and Justice.  Professor Weisburd has a long interest in Crime and Place studies beginning with his involvement in a series of experimental studies of police interventions at crime places, including the Minneapolis Hot Spots Experiment, the Jersey City Drug Market Analysis Experiment and the Jersey City Violent Crime Hot Spots Experiment.  Professor Weisburd is presently working on a book with Liz Groff and SueMing Yang that explores the varying factors that explain variation in developmental trends of crime at micro places over time that will be published by Oxford University Press. Professor Weisburd is author or editor of fifteen books and more than eighty scientific articles.

I. Topics in Research Design 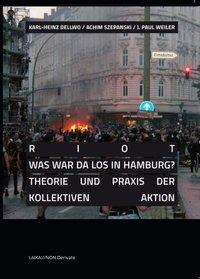 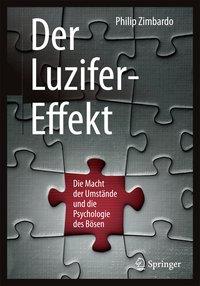